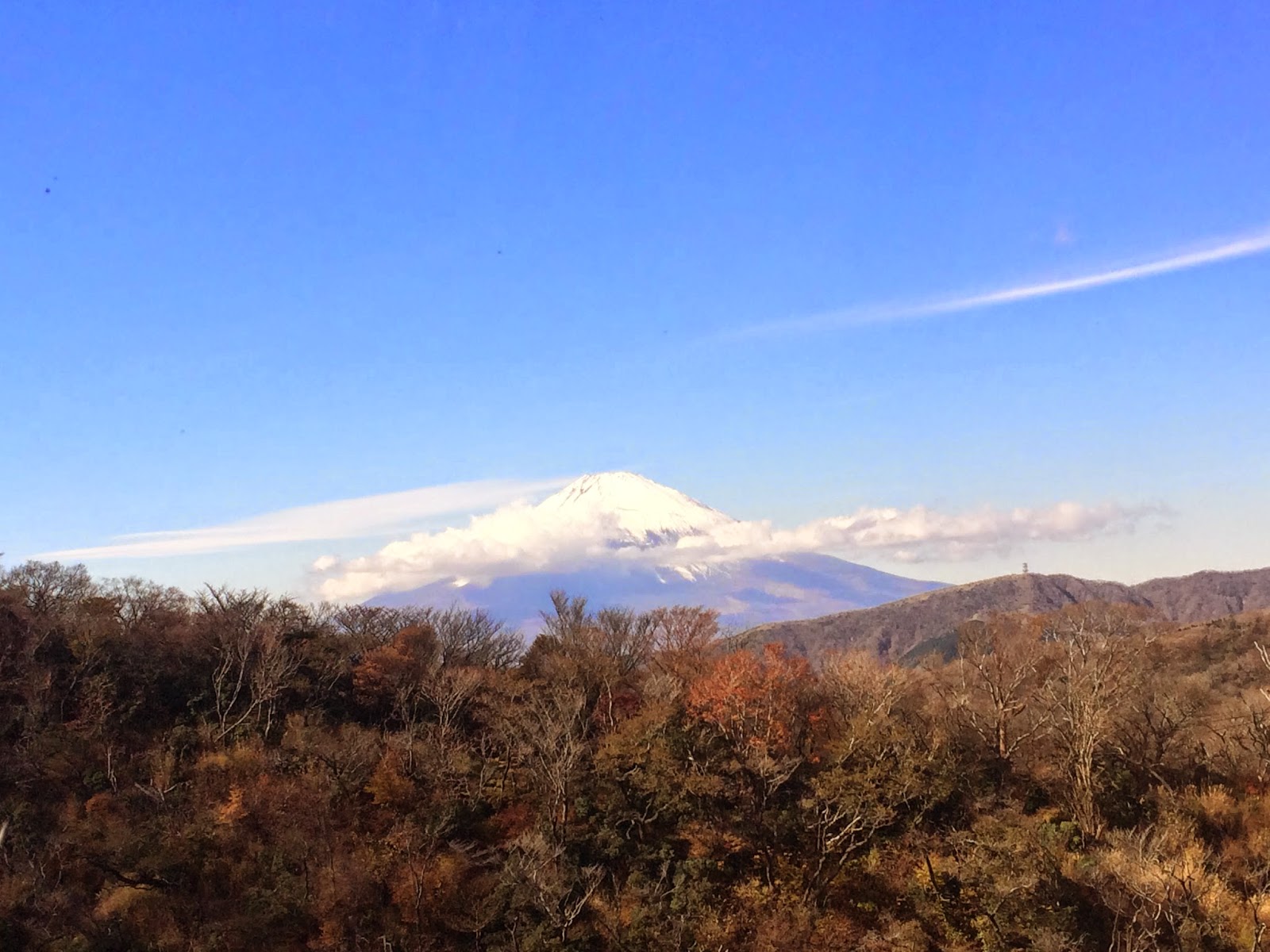 This is the third post in a multi-part series on my trip to Japan. Read the others here and here. After four days packed with ramen, temples, and more ramen, we departed Kyoto by bullet train and headed North. Not only was the bullet train so clean, fast, and timely that it made Amtrack look like a toy tank engine, but the station offered an embarrassment of riches in terms of picnic provisions. I cobbled together a lunch of roasted and marinated veggies, a rice ball wrapped in seaweed, and a delicious green tea. Our destination was Hakone, a mountainous region just outside of Tokyo known for its stunning scenery, natural onsen (hot springs), and proximity to Mount Fuji. 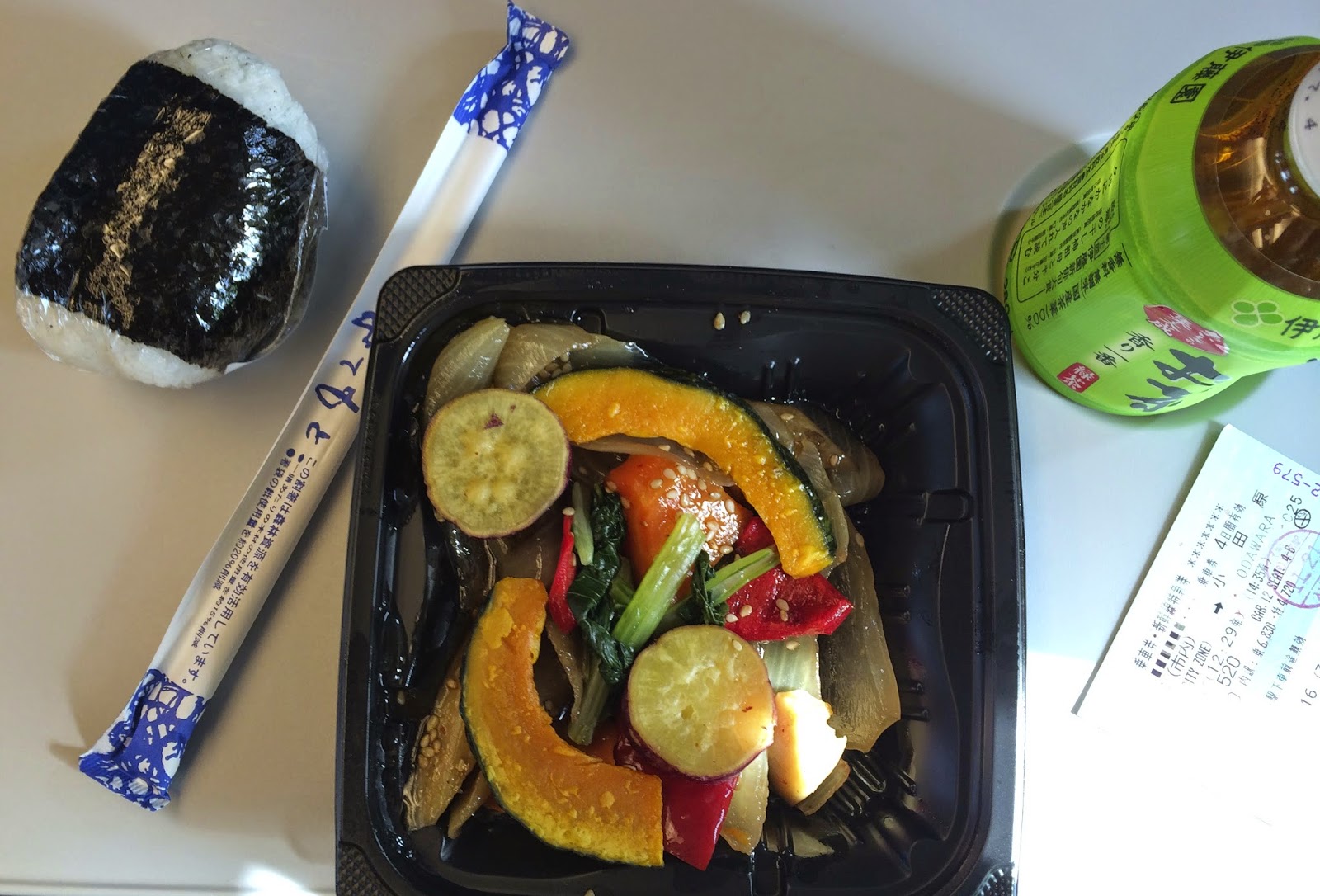 In Hakone, we checked into Gora Kadan, a modern take on a traditional Japanese ryokan, or inn, and one of the most amazing, luxurious and unique hotel experiences I've ever had in my life. Upon arrival, we were greeted by Yoshi, a member of the Gora Kadan staff who showed us to our tatami room, which was outfitted with straw mats and futons for sleeping, a low dining table, and a spacious modern bathroom. Once in our room, we were given our Gora Kadan uniforms--daytime kimonos, jackets, and even kimono pajamas. 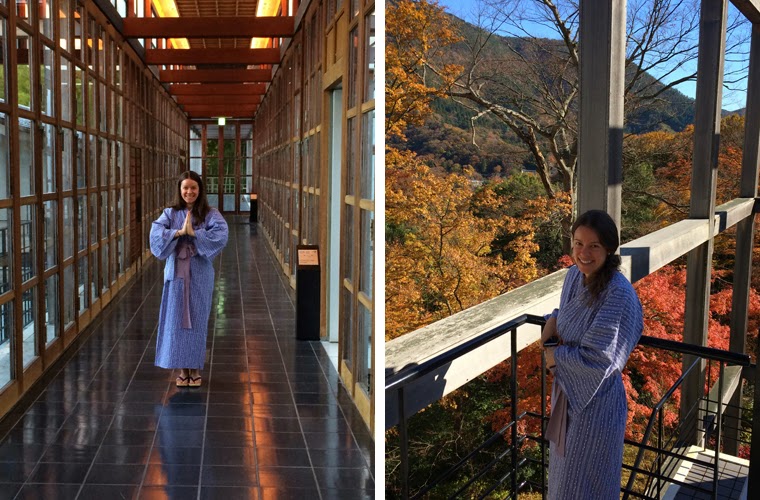 Gora Kadan is situated in the beautiful Hakone hills, and is completely and utterly peaceful. Though the hotel was nearly full the night we were there, it never felt crowded. In fact, we barely ever saw other guests. Which isn't for lack of taking advantage of the hotel's resources--we tried out the spa, walked the iconic long glass hallways, read in the relaxation areas overlooking the hills, and made several visits to the property's biggest draw: it's beautiful onsen, or hot springs. 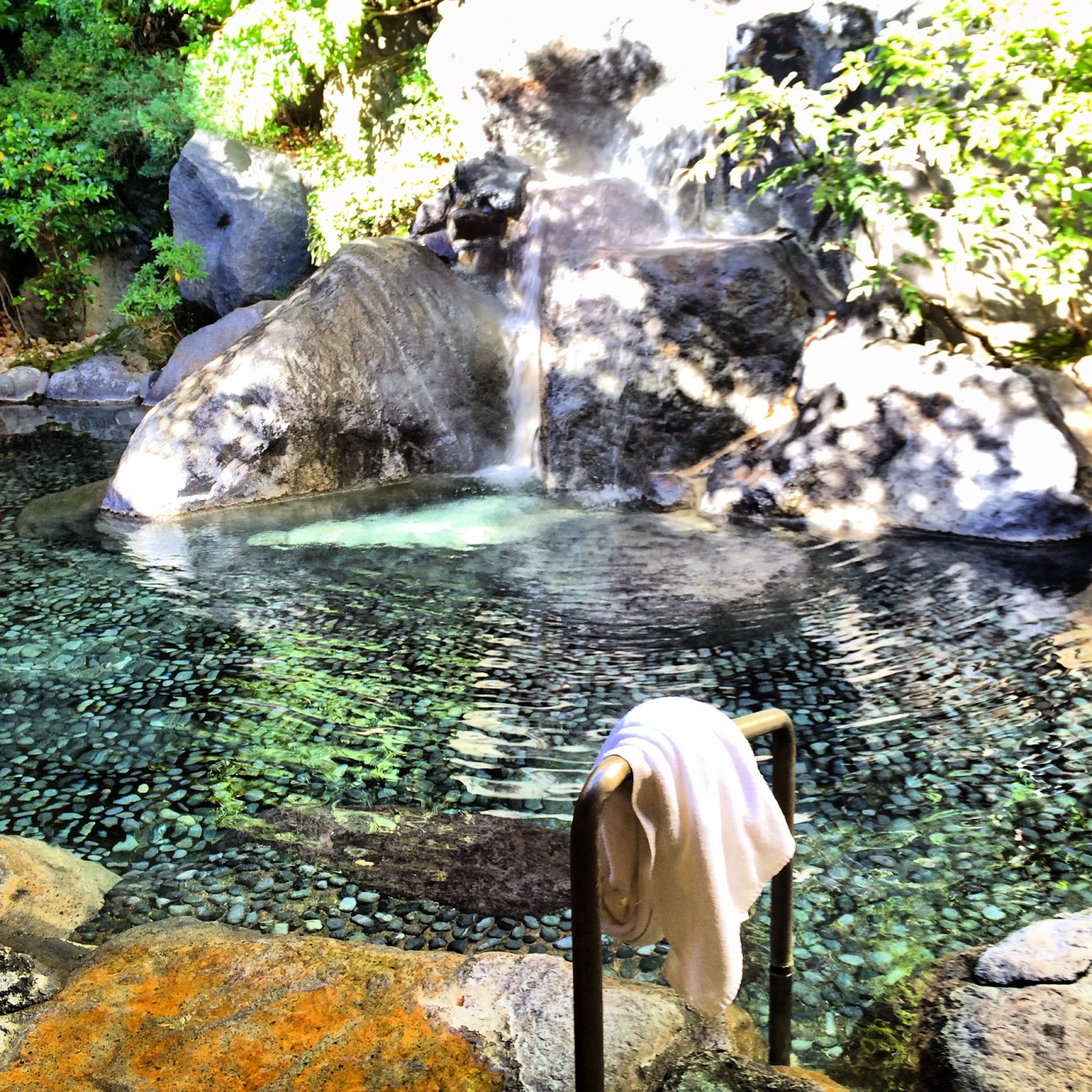 There are two hot springs at Gora Kadan, and at any given time one is assigned to men and one to women. Each includes a well-appointed locker room, an indoor pool of spring water circled by showers in which to rinse off before entering the springs, and a stunning outdoor spring pool surrounded by a canopy of trees. The first time I went to the onsen there was a group of Japanese ladies already there, which turned out to be lucky because I wouldn't have had a clue as to proper onsen protocol had I not had the chance to observe them first. (For the uninitiated, you shower, then go into the pool sans-kimono with a towel wrapped around your head). We went back late and night and early the next morning, and both times I was the only person in the women's springs (allowing me the opportunity to snap the above photos, natch). The onsen water is supposed to be healing, and while I can't claim that it miraculously cured all of my ailments, it was certainly relaxing. 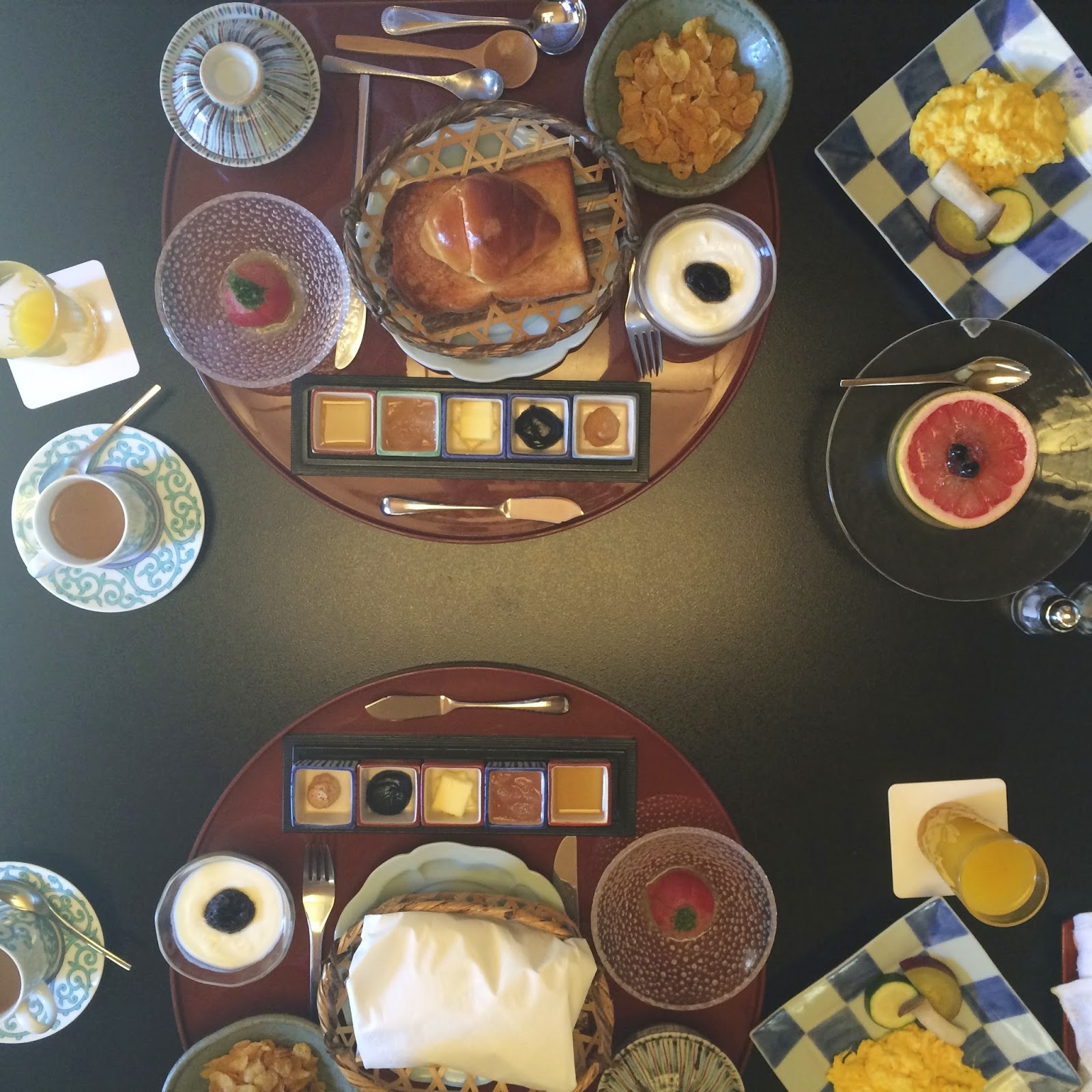 Besides turning into prunes in the onsen, the other thing we did at Gora Kadan was eat. Keeping with ryokan tradition, dinner was served in our room Kaiseki style, meaning that it consisted of many small artfully arranged plates. I'm still dreaming about the breakfast that Yoshi brought us the next morning--eggs, grilled vegetables, breads, interesting spreads like sesame paste, yogurt, cereal, stewed tomatoes, and coffee. After all that food it was clearly time for some exercise, so we made our way to Gora Station to catch the Hakone mountain railway. After taking the railway partway up the mountain, we boarded a gondola for the rest of the journey, which is when we caught our first glimpse of Fuji out the window. Our destination was Owakudani, the highest accessible station, which is home to both a volcano and amazing views of Fuji. We walked around the volcano, took hundreds of pictures of Mount Fuji, and sampled some local cuisine (yes, more food). Owakudani is known for its black eggs, which are hard-boiled in the sulfur rich volcanic water found there. The sulphur turns the egg shells black, and legend goes that eating one adds seven years to your life. 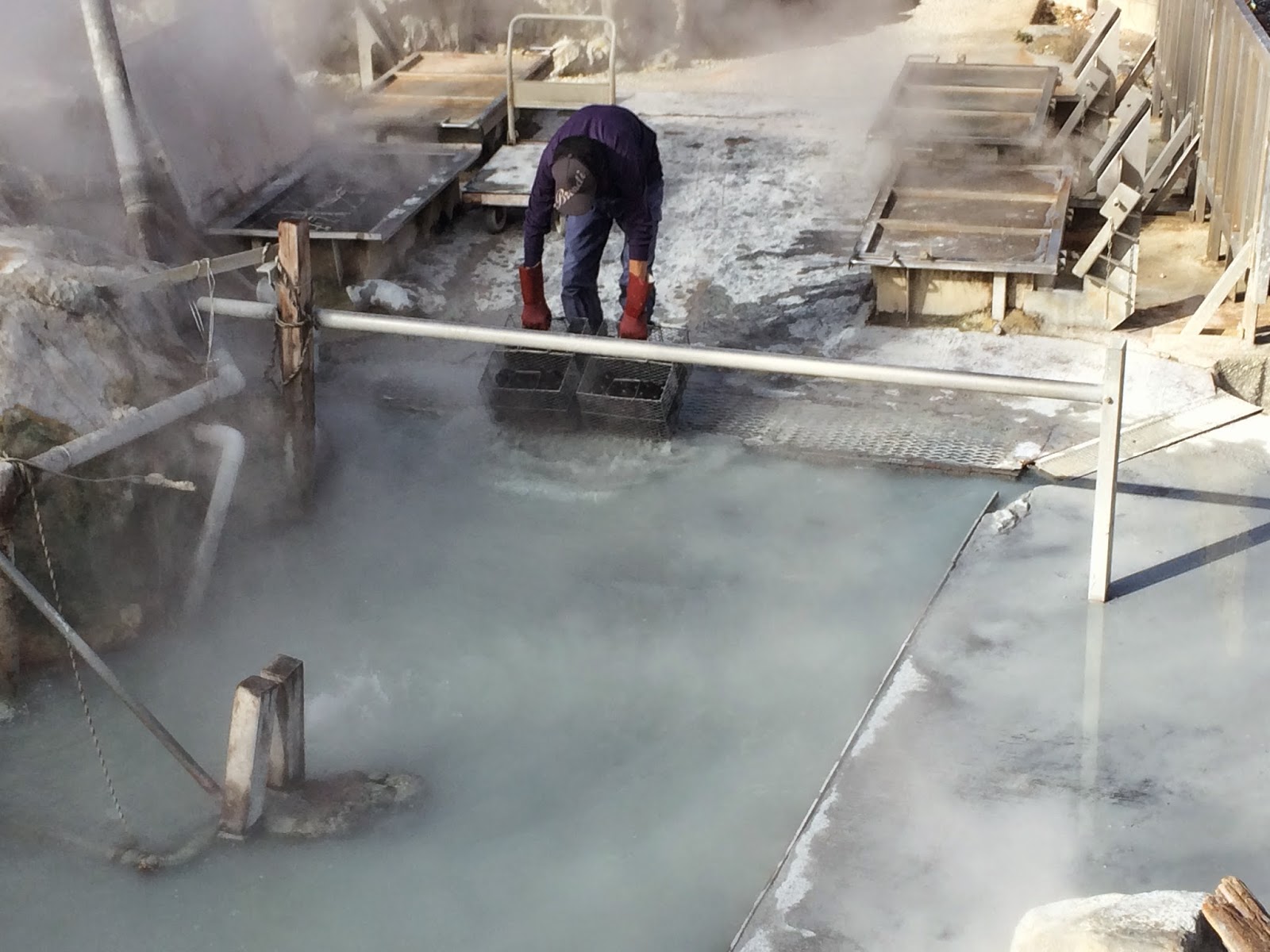 After a few hours of exploring and miracle-egg eating, we journeyed down the mountain, said a reluctant goodbye to Gora Kadan, and hit the road for our last and final stop: Tokyo! 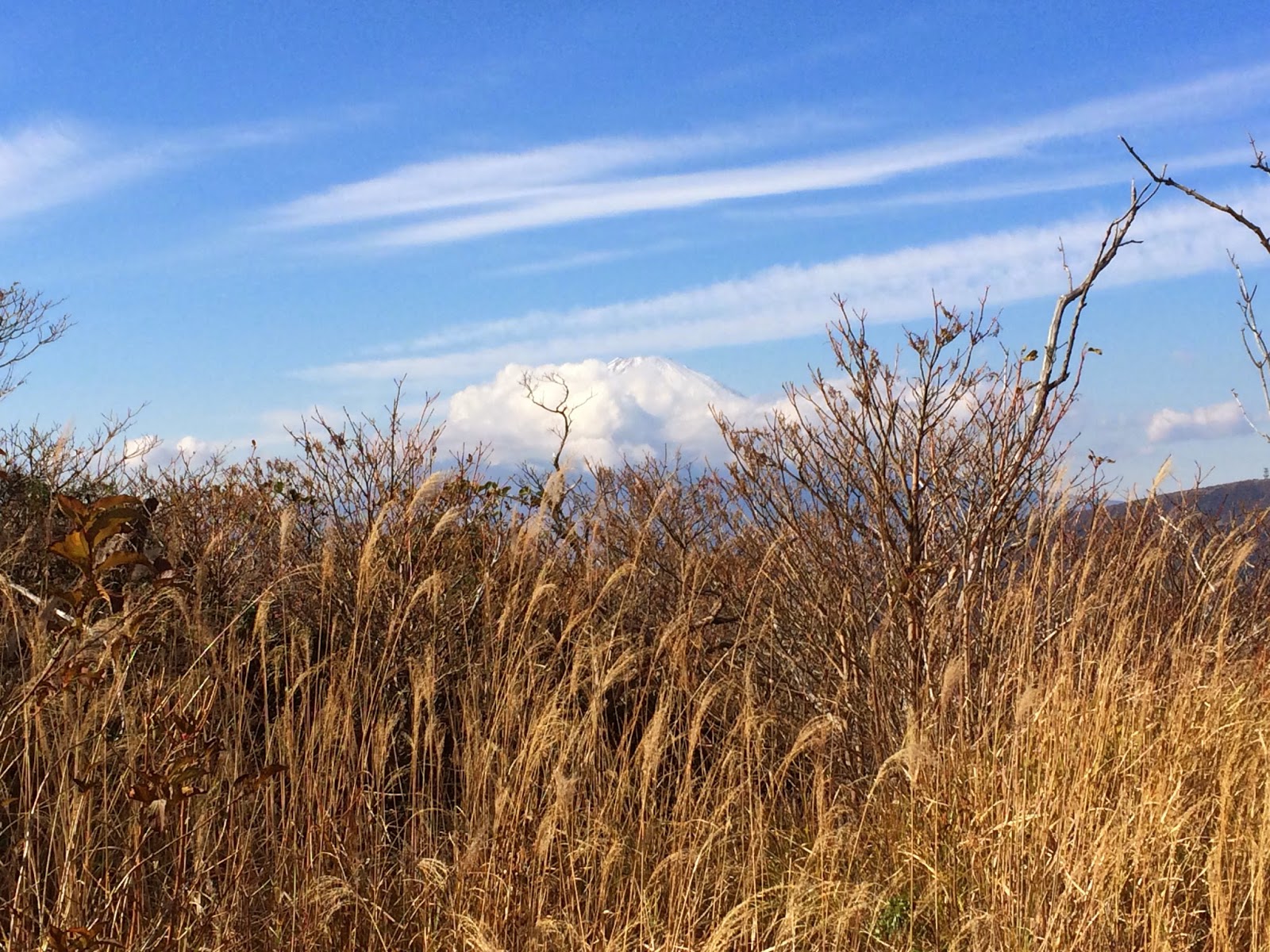