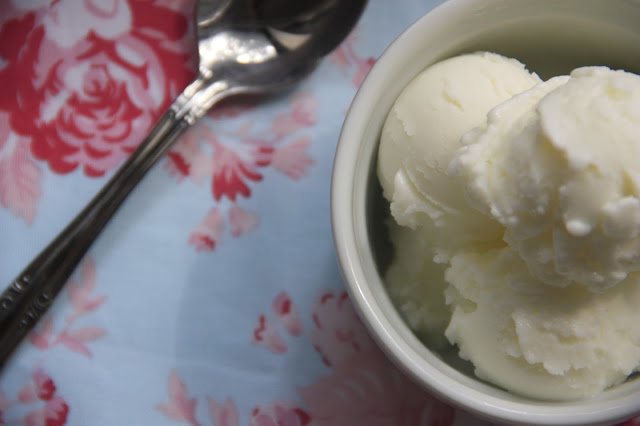 Among the areas in which my willpower is the weakest, soft-serve frozen yogurt reigns supreme. I'm not saying that I picked my first post-law-school apartment based on its proximity to Pinkberry. . . but let's just say that it didn't hurt. By last month, things had reached a fever pitch. A stop at the frozen yogurt shop had turned from an occasional treat to a near-nightly indulgence and I was loading my cup up with everything from Reese's Pieces to gummi worms (sometimes simultaneously). Clearly it was time to get back to basics. 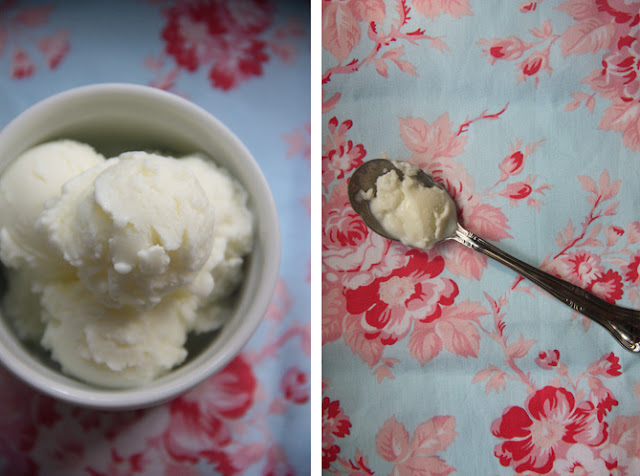 I've been chasing the perfect plain frozen yogurt recipe for years, and I think I've finally found my go-to. It's sweet, tangy, and totally delicious. I also love knowing exactly what's going into the dessert I'm inhaling occasionally often okay nightly. While I doubt I'll ever kick the soft-serve habit for good, it's nice to know I can make some in my very own kitchen.


Heat the sugar, corn syrup, water and salt in a saucepan over low heat until sugar is dissolved. Transfer to a bowl to cool. Whisk in yogurt, buttermilk and lemon juice and chill until very cold. Process in an ice cream maker according to manufacturer's instructions and freeze in an airtight container until firm.

Note that I reduced the sugar a bit from the original recipe because I like my frozen yogurt tangy and not too sweet. I suggest tasting the base before processing and adding more sugar or lemon juice as necessary to suit your preference.
Posted by Rachel at 11:25 PM

I love pinkberry and any tart ice cream, so i'm super psyched you posted this!! Plus, pinkberry is ridiculously overpriced, so I never let myself buy it. This looks so yummy and refreshing :)

Hi,
We’ve recently launched the website RecipesUS.com. It’s a search engine that aims to gather all the best recipes from US websites and blogs in one place. RecipesUS.com is part of the world’s second largest family of recipe sites, with sites in 37 countries and hundreds of thousands of visitors every week. We’ve noticed that you have a lot of great looking recipes on your blog that we would love to feature on our site. To read more about how it all works and to sign up with your blog, please visit: http://recipesus.com or send us an email on info@recipesus.com. We look forward to hearing from you!