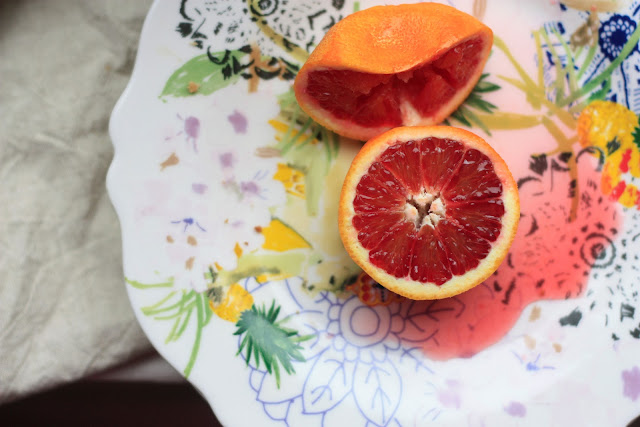 Even though I spend the majority of my days thinking about my next meal, I'm not a crazy food person. I don't expect you to raise your own chickens or make your own ketchup. I'm not going to berate you for buying bananas that aren't organic. I won't be offended if I come over to your house and there's only one type of salt in your cupboards. Sure I enjoy shopping at the farmer's market and baking things from scratch, but I'm also human. I think that Wheat Thins are the most perfect cracker imaginable. I practically lived on Amy's frozen burritos during law school. And I have an obsession with McDonald's ice cream cones that I'm only halfheartedly ashamed of. 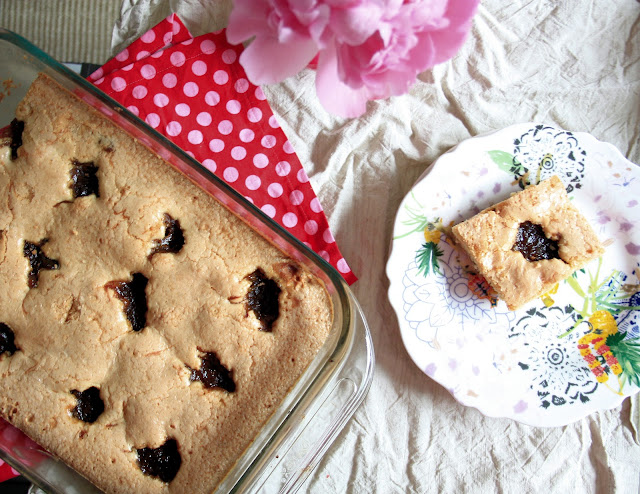 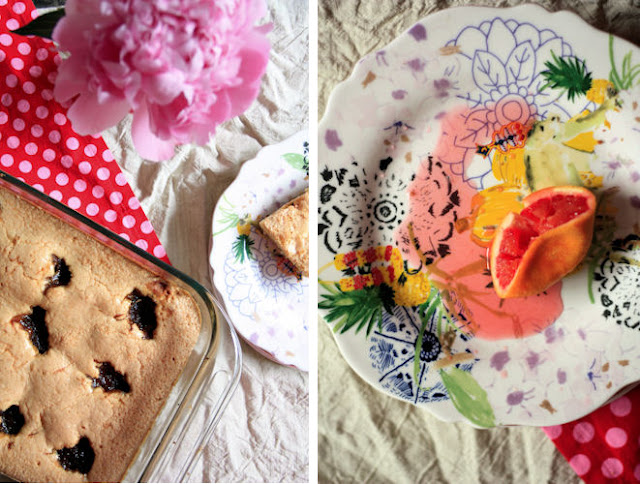 But there's a point every year when I dive head first into the foodie folly. Each spring, when ingredients like ramps and asparagus and rhubarb first hit the farmer's market, I become a full fledged crazy food person. This year was no different. Last Friday morning, I had just laced up my running shoes and was flipping through Twitter while waiting for my new workout playlist to sync when I saw reports of a limited supply of rhubarb at the Union Square Greenmarket. I shoved a few dollars into my pocket, abandoned Rhianna mid-download, and literally ran out of the house and up to the market. I arrived just in time--I snagged the very last bunch of rhubarb for sale that day. 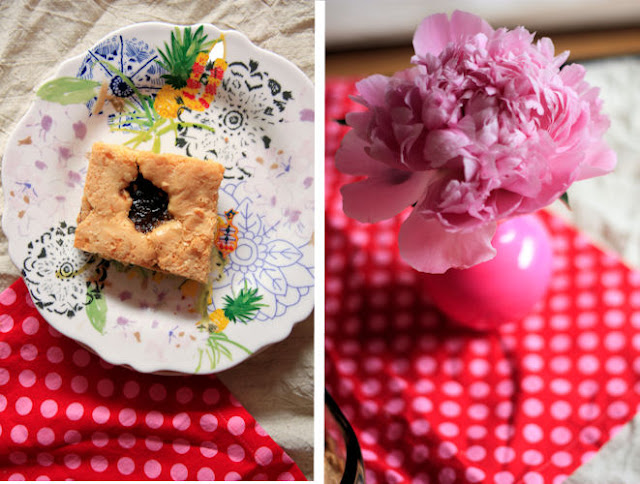 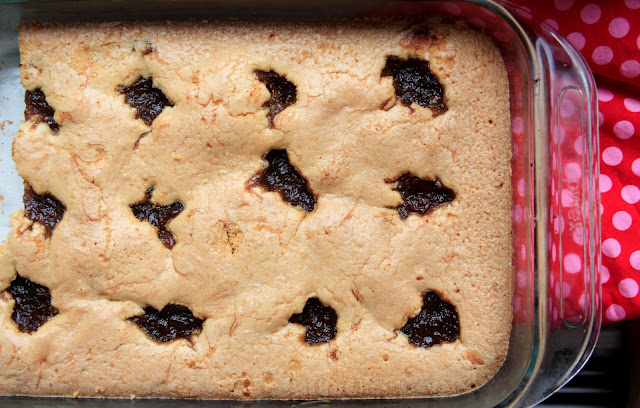 To celebrate my success-slash-insanity, I made these brown butter rhubarb bars. A rich, nutty browned butter filling is flecked with vanilla bean and orange zest, and poured over a shortbread crust. The whole thing is dotted with heaping spoonfuls of sweet, tangy, rhubarb and blood orange compote, and baked until the fruit forms delicious jammy swirls. The result is one of those cakes that's perfect anytime--with a big mug of milky coffee for breakfast, as an afternoon treat at your desk or while curled up with Mad Men and The Good Wife (two of my current faves) on a Sunday night.  In other words, perfect for crazy food people and regular people alike.

Put the sugar, orange zest and orange juice into a large saucepan. Split the vanilla bean in half lengthwise, scrape out the pulp, and add the pulp to the saucepan. Cook over high heat until the syrup is boiling and the edges are just beginning to caramelize. Add the rhubarb and continue cooking for about 10 minutes, or until the mixture becomes a smooth jam, stirring and crushing the rhubarb with the back of a wooden spoon as needed. (Be careful as the jam may splatter.) Transfer the jam to a separate dish to cool.

Melt the butter in a heavy saucepan over medium heat. The butter will get frothy, the white milk solids will separate, and the butter will turn golden brown and start to smell nutty. This will take about five minutes. Make sure that you cook the butter long enough for it to brown, but not so long that it burns--this will ruin your dish. Pour the hot butter into a clean bowl and put it into the freezer until solid, about thirty minutes. Mix the powdered sugar, flour and salt in a large bowl. Remove the butter from the freezer and cut it into small pieces. Use a pastry cutter to incorporate the butter into the flour mixture until it resembles large crumbs, and then use your hands to work the crumbs into a crumbly dough. Press the dough into a 9 x 13 baking dish until it covers the bottom evenly. Refrigerate the crust for 30 minutes. While it's chilling, preheat the oven to 375. Bake the crust for 15-18 minutes, until golden brown. Leave the oven on, but let the crust cool before assembling the bars.

While the crust is cooling, make the filling. Whisk the eggs, sugar, orange zest and flour in a medium bowl. Split the vanilla bean in half lengthwise, scrape out the pulp, and put the pulp into a medium saucepan. Add the butter and melt over medium high heat. The butter will get frothy, the white milk solids will separate, and the butter will turn golden brown and start to smell nutty. This will take about five minutes. Make sure that you cook the butter long enough for it to brown, but not so long that it burns--this will ruin your dish. Slowly whisk the browned butter into the egg mixture, stirring until it is all incorporated.

To Assemble the Bars
Spread half of the browned butter filling over the cooled crust. Spoon three quarters of the rhubarb jam over the filling in large dollops. Spread the rest of the filling over the rhubarb, and finish the bars by dropping the rest of the rhubarb jam on top in smaller dollops.  Bake for 25-30 minutes, or until the bars are a deep golden brown and a tester inserted into the middle of the bars comes out clean. Remove from the oven and let cool completely before serving.
Posted by Rachel at 11:20 PM

This looks delicious! I've heard so many good things about that Big Sur cookbook - I really need to get a copy one of these days.

I could have written that first paragraph (especially the part about the McDonalds cones, but you knew that!). These looks incredible. If I can snag some rhubarb (I hear it's selling out fast from the greenmarkets), I'm making them!

Too funny - it might have been you on twitter who mentioned the rhubarb selling out (which I just got to in your post - that teaches me to post before I'm finsihed reading). At least you're motivated by fresh produce to run - I always pretend the last pretzel croissant at City Bakery is going to sell out if I don't run faster!