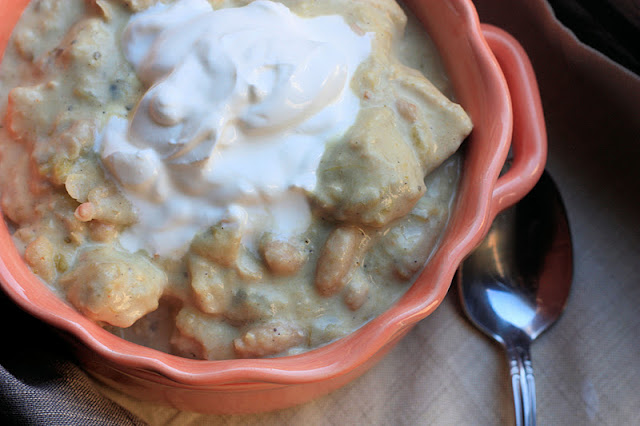 I've forgotten to eat precisely one meal in my entire life. Sure, I've inhaled a huge weekend brunch and been too full for lunch, or snacked my way through the afternoon and spoiled my dinner. But simply forget to eat? Fat chance. Well, fat chance with the exception of one bowl of chili that is.  It was almost exactly a year ago today, and I was having one of those crazy-busy, run around like a chicken with its head cut off kind of mornings. I only had a few minutes for lunch, so I dashed down the block to grab the closest thing I could find--a cup of mediocre deli chili and a sad looking apple. I paid for my food, shoved it into my purse and rushed back to the office where I was greeted with something that had to be taken care of immediately. One task led to another, and before I knew it, it was nearly 4pm.  Finally able to take a quick break, I reached into my bag to grab my cell phone and...there was my lunch. I had forgotten to eat my lunch. At first I was flabbergasted. I'd been starving when I went out to get that chili.  How had I completely forgotten to eat it? Next I assumed that something must be wrong. Was I feeling alright? Maybe I was getting sick. Could I be losing my mind?  And then I realized, it wasn't me that was the problem--it was my entirely forgettable lunch.  Clearly, I needed to kick things up a notch. Enter this White Chicken Chili from Eat Live Run. In addition to being creamy, spicy and totally delicious, it's also packed with protein and fiber, making it a filling and healthy lunch option. I made a big batch over the weekend and have been toting a cup to work with me each day. Not only have I been remembering to eat, but I've actually been counting the minutes until lunchtime. I think it's safe to say that the forgettable deli chili is history.

Heat the oil in a large pot (I used a dutch oven) over medium-high heat. Add the onion and the chicken and cook until the onion is soft and translucent and the chicken is seared, about six to eight minutes. Add the garlic and continue cooking for another three minutes. Stir in the beans, spices, chicken broth and chilies, and bring the mixture to a boil. Reduce the heat and simmer the chili, uncovered, for thirty minutes. Remove the chili from the heat and stir in the half and half and the sour cream. Serve warm, topped with additional sour cream, or with other toppings like shredded cheese, chopped onion, avocado or tortilla chips.
Posted by Rachel at 12:00 AM

I don't forget meals either, and I never understand when people say that they forget to eat. I am ALWAYS thinking about food unfortunately :)

This chili sounds so delicious and perfect for fall!

Yum!! And I just love cannellini beans.....not to mention the half and half and sour cream! Cherylee47