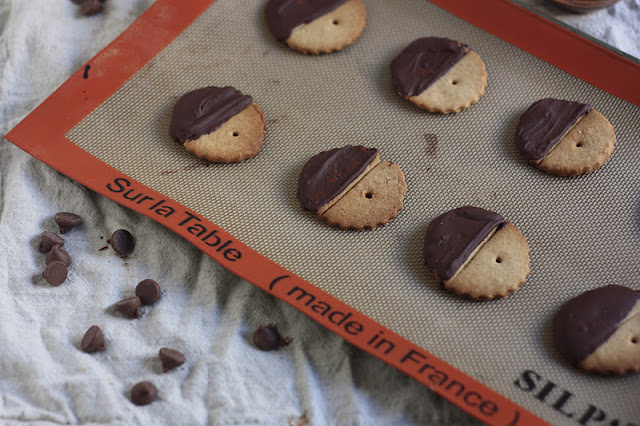 I've never seen the show Hoarders, but if A&E ever shows up at my door, I'll know exactly what they're here for. It's not the shoes, or the bangle bracelets, or even the drawer full of patterned dish towels that keeps getting stuck shut because I've stuffed it too full. It's the cookbooks. Cookbooks from restaurants, cookbooks from trips, cookbooks I've received as gifts. Well-loved cookbooks with dog-eared pages and chocolate splattered covers that I pull down from the shelf at least once a week. New cookbooks with glossy photos and impressive sounding recipes that I daydream about but will probably never actually make. 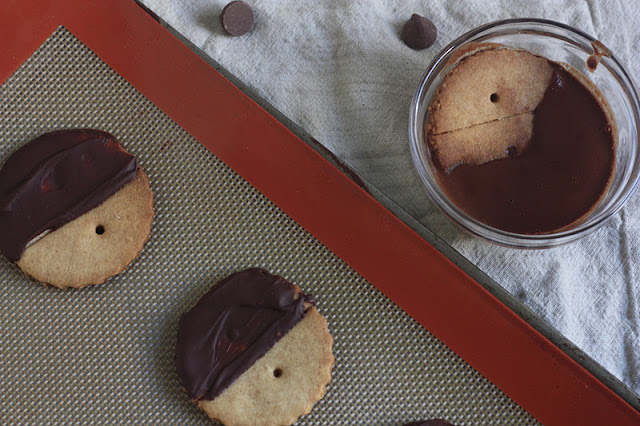 There's a stack on top of my refrigerator, another on the bar, and a third in the corner of my bedroom. In other words, I don't need any more.  But I recently discovered a new kind of cookbook: the souvenir cookbook. If you've been reading my posts on my trip across California, you know that I went to some pretty amazing restaurants and brought home a cookbook as a memento from each one. Putting aside the fact that I had to unpack and repack my suitcase in the middle of the San Francisco airport in order to remove the 14 pounds of cookbook weight I'd accumulated during my vacation, it was a great idea, and one that I think will become a vacation tradition. 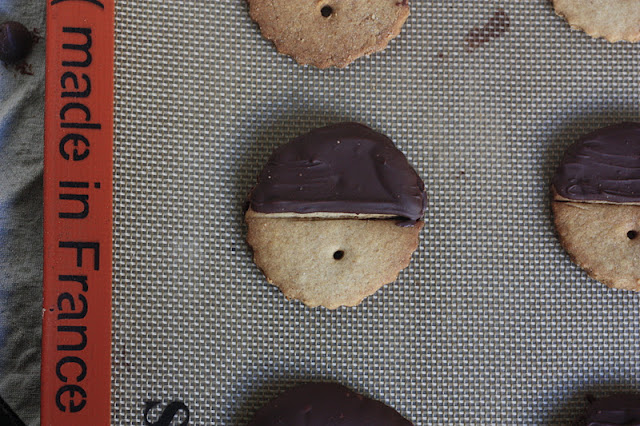 I've enjoyed reliving the memories of my California adventure by recreating some of the foods that I ate there.  These cookies, which I adapted from The French Laundry, may be simpler than the dishes served up by Chef Keller, but they're still delicious. And I thoroughly enjoyed taking a recipe that may otherwise have been relegated to the inspiring-but-going-to-sit-and-gather-dust pile and make it work for everyday. I made the graham crackers that serve as the base for The French Laundry's Campfire S'Mores, but, rather than sandwich them with marshmallows and chocolate, I cut them into circles and dipped them in melted semi-sweet chocolate. Full disclosure, this recipe was actually published on Epicurious in 2000 rather than in The French Laundry cookbook, but it still took me back to our time in The French Laundry's magical garden. Especially because they were served with champagne.

Beat the butter, sugars and honey in a stand mixer fitted with the paddle attachment until light and fluffy, a few minutes. In a separate bowl, stir together the flour, baking powder and salt. Add the dry ingredients to the mixer and stir until just combined. Turn the dough out onto a clean, floured surface. Divide the dough in half, and form each half into a ball. Flatten each ball into a disc, wrap each disc in plastic wrap, and refrigerate for an hour. Preheat the oven to 350. Take one disc out of the refrigerator and turn it out onto a clean, floured surface. Flour your rolling pin, and sprinkle some flour on top of the dough as well.  Working quickly so that the dough does not get too soft, roll the dough out very thin. Using a fluted biscuit cutter, cut rounds of dough and transfer them to a baking sheet lined with parchment or a silicone baking liner. Using a popsicle stick, make two holes in each cookie. Use the top of a butter knife to make an indentation down the center of each cookie. Repeat with the remaining disc of dough. Bake the cookies for about 10 minutes, or until they are a deep golden color. Transfer the cookies to a cooling rack to cool completely. Meanwhile, heat the chocolate chips over a double boiler or in the microwave. Dip half of each cookie in the melted chocolate, using the back of a spoon to spread the chocolate and make sure it covers the cookie evenly. Transfer the dipped cookies to the refrigerator so that the chocolate can harden. Remove from the refrigerator an hour or two before serving.
Posted by Rachel at 2:29 PM

I have the exact same cook book addiction - but I think it is a delicious problem to have. These little biscuits are adorable and look very moreish!