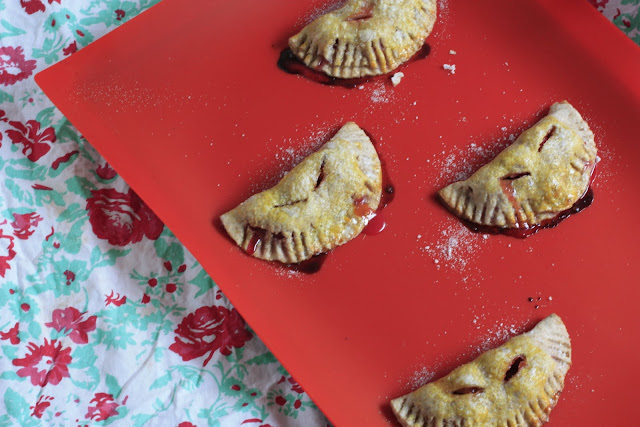 The past two weekends I've been lucky enough to travel to amazing places to see even more amazing friends (and their too-adorable-for-words babies). We caught up over coffee, ate at trendy restaurants, visited important landmarks, and even went kayaking. 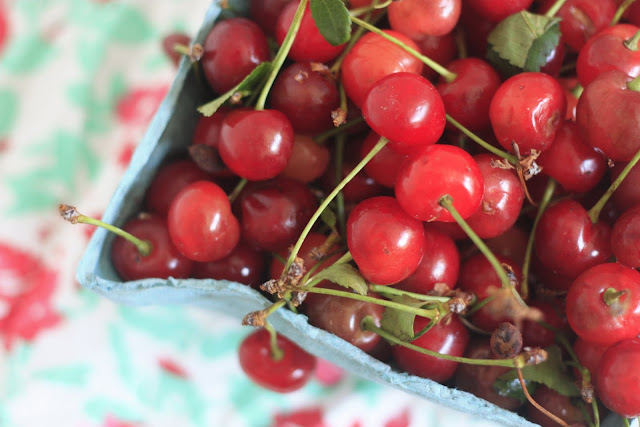 And yet, even though I was having a fabulous time, I woke up both Saturday mornings, thinking "I wonder what's going on at the Greenmarket? Am I missing the end of sour cherry season?"  Who have I become? 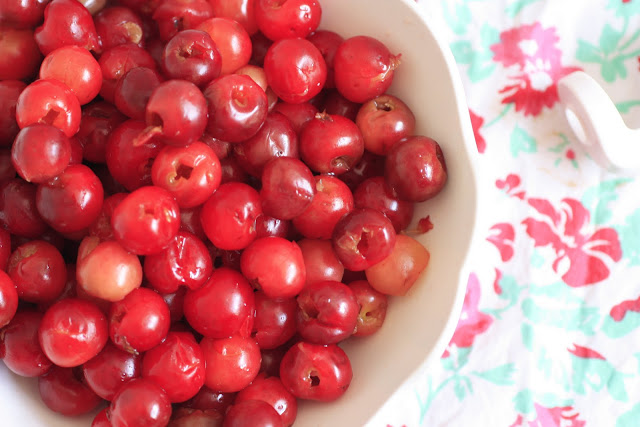 Clearly I have a problem. Fear of Missing Out, Farmer's Market edition. 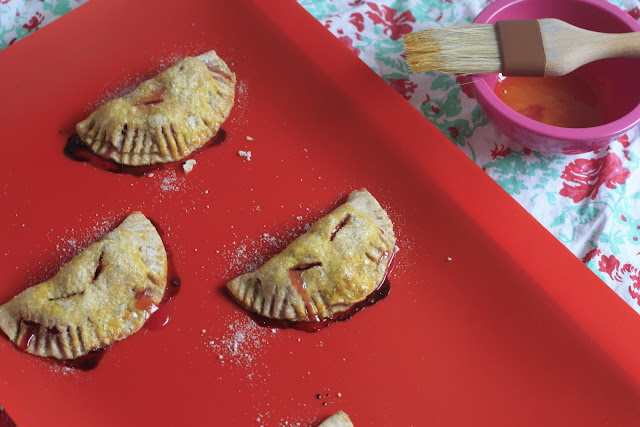 The low point came at dinner last Saturday night, when our less than stellar server informed my friend that her requested cocktail couldn't be prepared because the restaurant was out of strawberries. "How can they be out of strawberries?" wondered a member of our party out loud. "It's strawberry season." "No it's not!" I cried, my voice practically rising to a shriek. "Strawberry season is over and I missed the end of it!" Yeah. I'm the life of the party you guys. 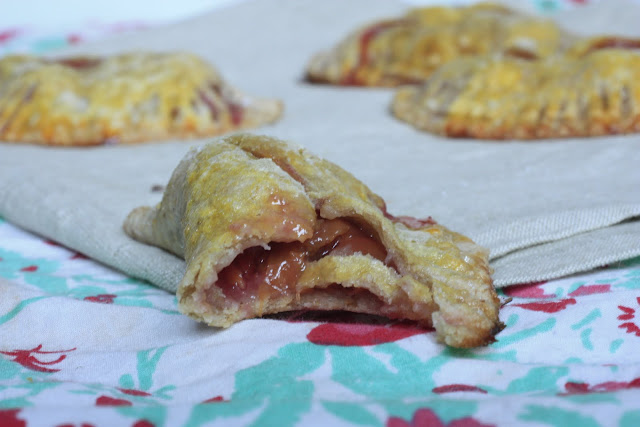 But you should still invite me to your next dinner party, because I promise to bring you something delicious for dessert. Something like these whole wheat sour cherry hand pies. For the uninitiated, sour cherries are a softer, tarter version of sweet variety we're used to seeing, and they have an entirely different flavor that I liken to cherry Jolly Ranchers. Their season is incredibly short, spanning only parts of June and July, and, at least here in New York, they cause a veritable frenzy when they appear at the Greenmaket each summer. Most people find them too sour to eat raw, but I think they're delicious that way. They are also delicious in these hand pies, which are rustic, cute and, most importantly, extremely tasty.   But you can't have any until next summer, because now I'm out of sour cherries. 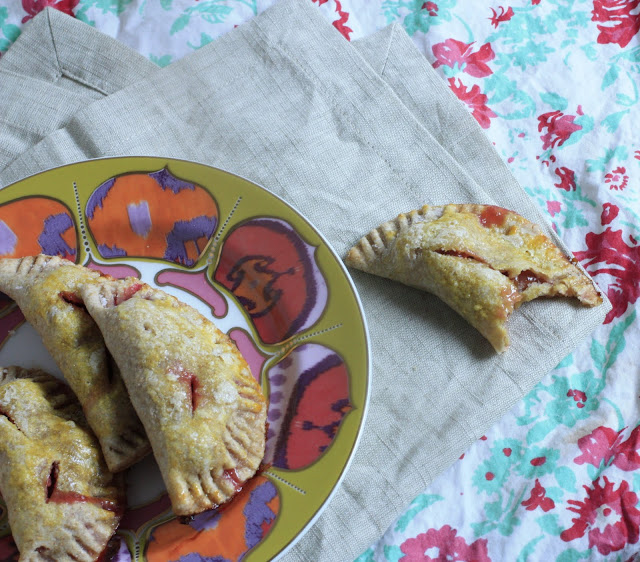 
For the Pie Crust: I used this recipe from Whole Foods, but added a tablespoon of sugar to the flour and salt. I spaced out while I was making these (not that I was watching The Bachelorette while baking again or anything...) and grabbed the whole wheat flour instead of the whole wheat pastry flour, so my crust was a little tougher than it would have been otherwise. My pies were still tasty, but I don't recommend making the same mistake and would like to try this again using the correct flour. After I rolled out the dough, I used a large circular biscuit cutter (about four and a half inches in diameter) to cut circles of dough. I got about 12, re-rolling the scraps one time.

For the Filling: I tossed a little over a pound (around two and a half cups) of pitted sour cherries (I just got a cherry pitter and it is the best. thing. ever.) with half a cup of sugar, a tablespoon and a half of corn starch, two teaspoons of lemon juice, 1/4 a teaspoon of freshly grated ginger and 1/4 a teaspoon of vanilla extract. I let the mixture sit while I made the dough, and tasted it to make sure the balance of sweet and tarte (see what I did there?) was to my liking before assembling the pies. I suggest you do the same.

To Assemble the Hand pies: Mound 1-2 tablespoons of filling in the center of each piece of dough. Brush a bit of cold water around the edges of each circle before folding it in half to create a half moon shape. Press down to seal the edges, and use the tines of a fork to create a decorative pattern. At this point, I chilled the hand pies for about thirty minutes. Next, using a sharp knife, make two slits in the top of each pie. Beat an egg yolk with a tablespoon or two of water or milk, and brush some of the egg wash over the top of each pie. Sprinkle the pies with sugar, and bake at 375 for about 20 minutes, or until the crust is golden and the filling is bubbling. Allow the pies to cool before serving (with vanilla ice cream, if desired).
Posted by Rachel at 12:14 PM

These look so tasty!

I was recently freaking out about missing strawberry season. Last time we were at the farmers market there were huge flats of slightly bruised strawberries for jam making. I figured I'd get them next time. gone now!! :(