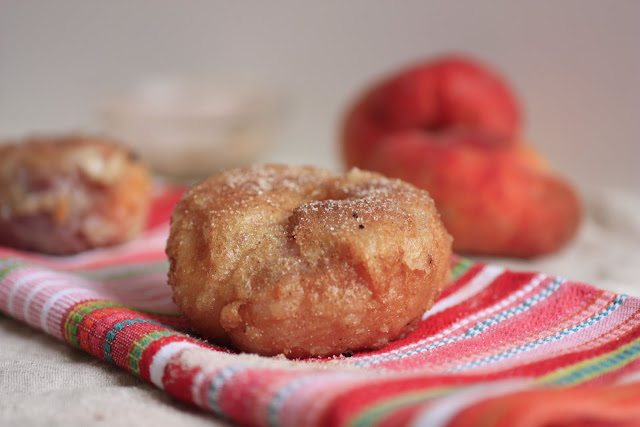 I may have left Minnesota eleven years ago (Eleven! Has it really been that long?) but I still consider myself a Midwesterner at heart.  I'll admit that Minnesota does at times seem like a strange and far away land now that I'm a (subway) card-carrying Manhattanite.  But when I first arrived on the East Coast, I couldn't figure out why my hometown was of such interest to my college classmates.  In fact, I spent the better part of my freshman year trying to convince my new friends that yes, there is a difference between Minnesota and Montana, no I didn't grow up on a farm and no, I most certainly did not talk like the characters from the movie Fargo. (I also spent the better part of that year avoiding words like bag, tag and rag so as not to disprove that last claim). 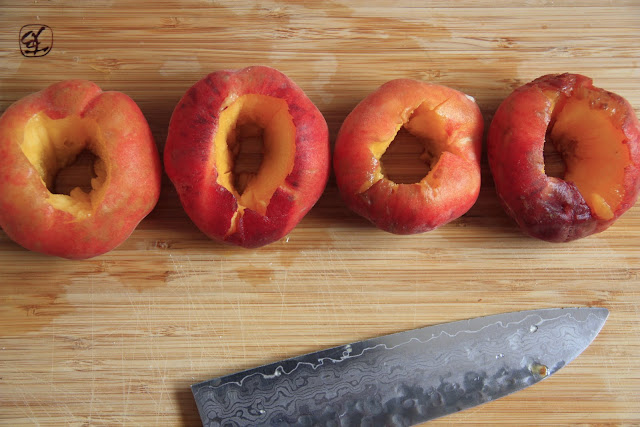 The truth is, growing up in the suburbs anywhere is not much different than growing up in the suburbs everywhere else. Sure, Minnesotans may be a bit nicer, a bit less aggressive, and a bit more predisposed to adding mayonnaise to our salads than our east coast counterparts. But besides the smiling TSA agents at the airport, the Starbucks barristas cheerfully offering to remake your drink if it's not perfect, and the millions of drivers afraid to use their horns for fear of being rude, Minnesota is pretty much like anywhere else in the country. 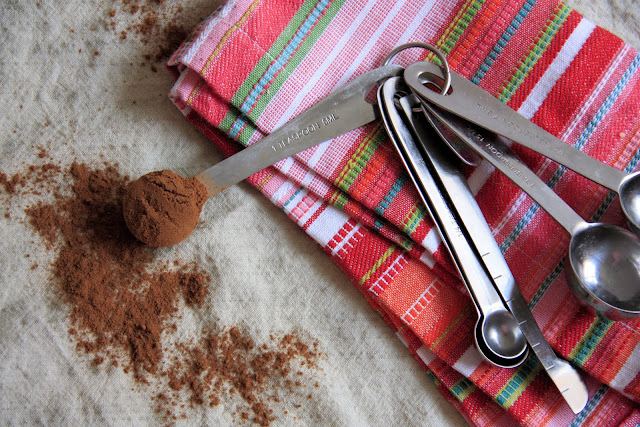 Except for one thing. The Minnesota State Fair. Arguably the biggest and best state fair in the country, the Great Minnesota Get-Together (yes, they really call it that) is a part of my childhood that I find my East Coast counterparts just can't relate to. Which is really a shame.  The fair was fun, it was exciting, and it served as the backdrop for some of my most significant summer memories. My mom took me to my first concert, Tiffany and the New Kids on the Block, at the Grandstand in 1989. I ate so much saltwater taffy the summer of 1993 that I learned that you really can have too much of a good thing. I sat on a bench outside of the haunted house in 1998 and cried over my first real broken heart, listening as my friends shrieked wildly inside. I rode home with an older counselor from the summer camp where I worked in 2000, and he told me stories about what college would really be like.

I may wear little black dresses, paint my fingernails trendy colors and navigate the F-train like a native New Yorker, but don't be fooled--come late August, there's no where I'd rather be than the Minnesota State Fair.  In fact, I find that the Fair is somewhat of a litmus test for me when it comes to people. That is, if you can listen to me talk about Princess Kay of the Milky Way, the Miracle of Birth Barn, and the number of foods on a stick (81 at last count!) without being at least the slightest bit charmed, we're probably not going to get along. (I mean come on, she gets her portrait carved in butter people!) Later this week, my brother and I will be making our annual Labor Day pilgrimage to Minnesota, and a trip to the Fair is always on the agenda. I promise to post some pictures when I get back so that you can see it in all of its glory for yourselves, but while I'm away, I thought it was only appropriate to leave you with something deep fried to set the mood. 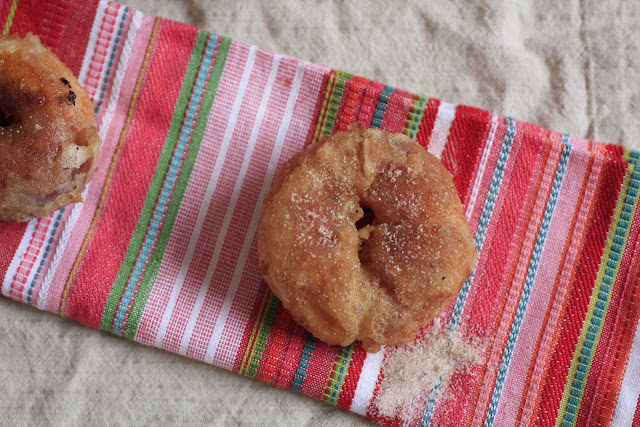 So I turned a peach into a doughnut. Or a doughnut into a peach? It's a bit of a chicken and egg conundrum, but here's how it all went down: doughnut peach met beer batter, beer battered peach met hot oil, deep fried peach met cinnamon and sugar, and doughnut peach doughnut met my very happy stomach.  The idea of the doughnut peach doughnut comes from Lunch at Sixpoint and, in a word, it's genius. The outside of the doughnut is crispy and sweet, but the peach stays firm and juicy. It's a brilliant melding of fresh fruit and fried food that would be just as at home on a breakfast table in Manhattan as it would be on a stick at the Minnesota State Fair. 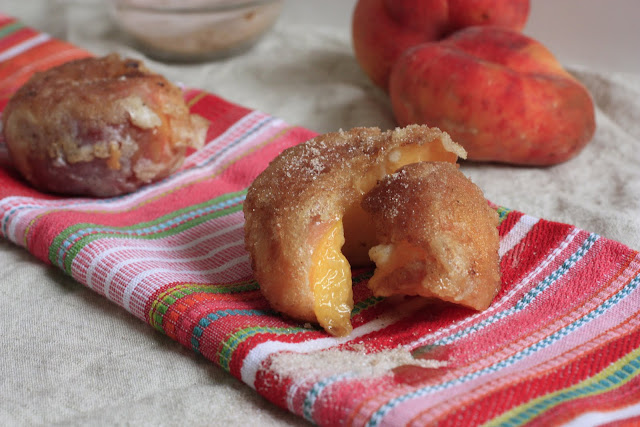 Adapted from Lunch at Sixpoint

Use a sharp knife to remove the pits from the peaches by cutting a hole in the center of each fruit, taking care to keep the rest of it intact.  Stir together the flour, sugar and salt. Add the egg and the beer, and whisk until just combined. If the batter seems too thick, you can add some additional beer (don't worry--you won't taste it). Dunk the peaches in the batter, coating each fruit. Heat the oil until it reaches 375 degrees on a deep-fry thermometer (you can also test the oil by dropping a dab of batter into it--it should sizzle and turn golden brown within a couple of seconds).  Transfer two peaches into the oil, being very careful not to burn yourself, as the oil might splatter. Don't look away, as the peaches will cook very quickly. In just a few seconds (5-10), the peaches should be golden brown. Remove them from the oil, again taking care not to burn yourself, and transfer to paper towel lined plates to drain off excess oil. Repeat with the remaining peaches, frying them two at a time.

Great idea to make it with peaches, I've got to give it a try :)

Oh these donut peach donuts look really yum. Have some deep fried cheese curds for me. I haven't been to the MN Fair since I moved to Chicago 11 yrs ago.

Yeah, I've got friends who tease me about my accent. Don't they know THEY are the ones with the accent? You betcha. ;)

Wow, that looks incredible. My mouth is watering!

I'm a native NYer, and am probably guilty of mixing up Montana and Minnesota... ;)

The peaches look marvelous. However, it's the knife in the first pic that has my mouth watering! What make is it? Where did you get it?

Anonymous: That's my favorite knife too. It's Korin, and I got it on sale a couple of years ago around the holidays. Here is a link to the current version:

I am a tropical girl in the tundra. The only place I would leave Minnesota for is Norway. And when I do, I will always come back on Labor Day so I can buy a pail of Sweet Martha's cookies and park my skinny butt at the milk stand. Perks of having an awesome metabolism, which unfortunately most Minnesotans don't have.

So easy! My favorite fruits!

Oh my! Those look sooo good.

Oh my goodness! This is wonderful