what i ate wednesday 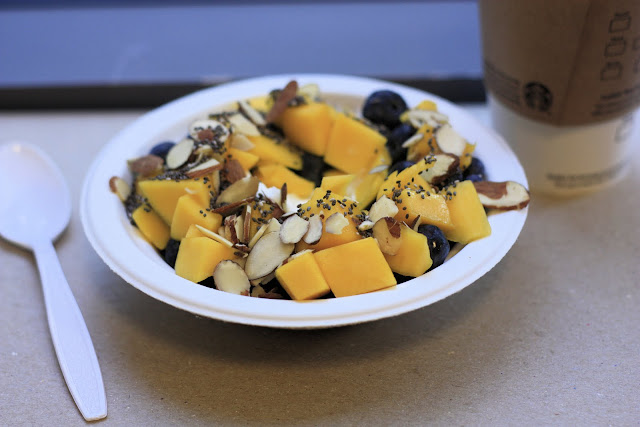 When I tell people that I like to bake, nine times out of ten, they respond with something akin to, "well me too but if I did it often I'd weigh 300 pounds."  Believe me, I hear you. An endless parade of pastries does not a bikini body make. But just because I like to bake doesn't mean that I subsist solely on sugar. Sure I have a monster sweet tooth. And I do eat dessert nearly every single day. But contrary to popular belief, sweets make up a small percentage of my otherwise healthy diet. To prove it, I thought that it would be fun to participate in the "What I Ate Wednesday" feature that's been going around the blogs lately. So yesterday morning on my way out the door, I grabbed my camera to photograph my day in food.  First up was the breakfast you see above: Greek yogurt topped with blueberries, mango, sliced almonds and chia seeds, and coffee with a splash of half and half. 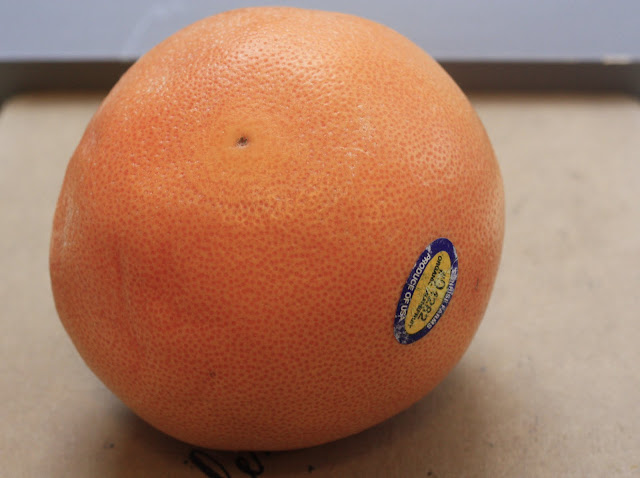 A few weeks ago when I was in Colorado visiting a friend, I grabbed what I thought was an orange from the breakfast buffet at my hotel and tossed it into my bag for later. But when I pulled it out in the middle of a hike, I realized I'd grabbed a grapefruit by mistake. After she laughed at me for a full five minutes, my friend suggested we peel it like an orange and eat it anyways. And it was delicious. So I picked up a few grapefruits at Whole Foods (on purpose this time) and ate this one for my morning snack. The downside is that it was pretty messy. The upside is that I'm pretty sure my desk is going to smell like grapefruit for at least a week. 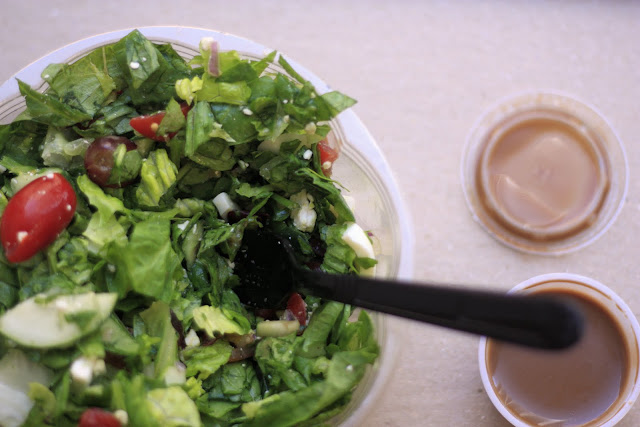 Lunch was a salad from a take out spot near my office. I had high hopes of making a watermelon and feta salad, but they were out of watermelon, so I went with tomato, cucumber, red onion, feta and grapes instead. 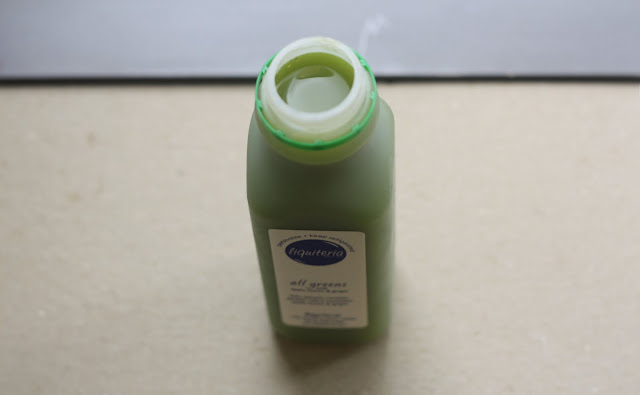 I'm not typically a big vegetable juice person, but I'm addicted to the all greens with apple, lemon and ginger from liquiteria here in New York. 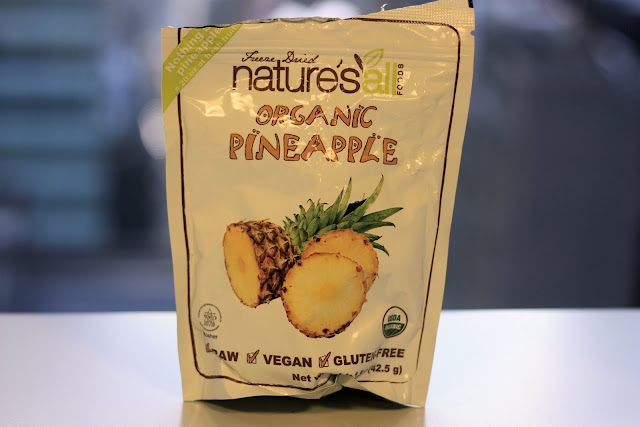 My afternoon snack also included this freeze-dried pineapple from Whole Foods.  This stuff is amazingly delicious, and the only ingredient is pineapple (I've had the banana too and it's equally good). However, it costs about a million dollars a bag so I suggest steering clear unless you want to develop a very expensive habit.  Don't say I didn't warn you. 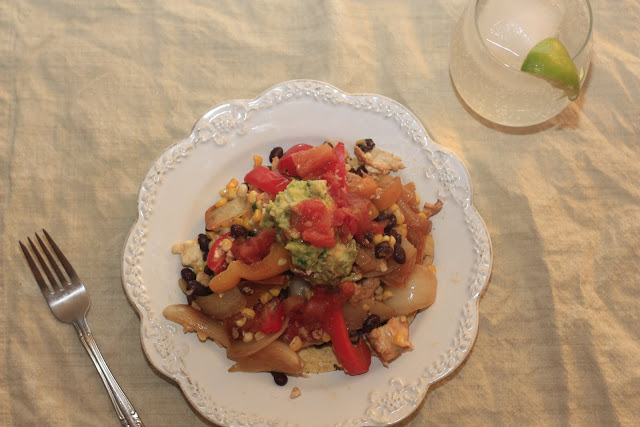 I hosted fajita night at my apartment Tuesday night and had the leftovers for dinner on Wednesday. This is a very messy plate consisting of corn tortilla, chicken,  peppers, onions, corn and black bean salad, guacamole and salsa. On the side is sparkling water with lime. 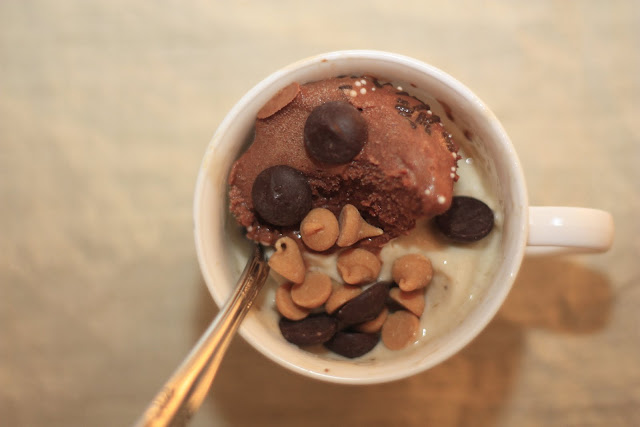 And of course, dessert. Tonight I had banana soft serve mixed with a bit of leftover chocolate sorbet and topped with peanut butter and chocolate chips. So there you have it. A day in the food life of a baking blogger. Tomorrow it's back to chocolate for breakfast (just kidding, I swear).
Posted by Rachel at 9:29 AM

Labels: what i ate wednesday