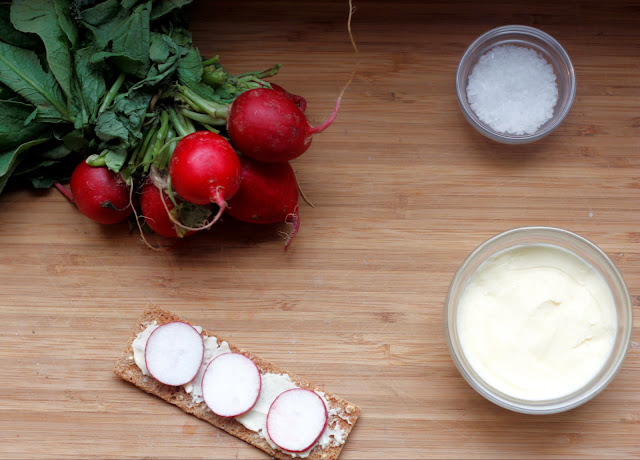 Last week I found myself in the peculiar position of having absolutely nothing to do in the middle of a weekday afternoon.
So I made homemade butter from scratch.
What? Isn't that what all of the cool kids are doing with their free time these days? No? They're actually getting their nails painted chartreuse, shopping for denim rompers that this 5 foot 4 frame could never pull off and listening to music from bands I've never even heard of?
Okay. That's cool. I still made butter anyways. 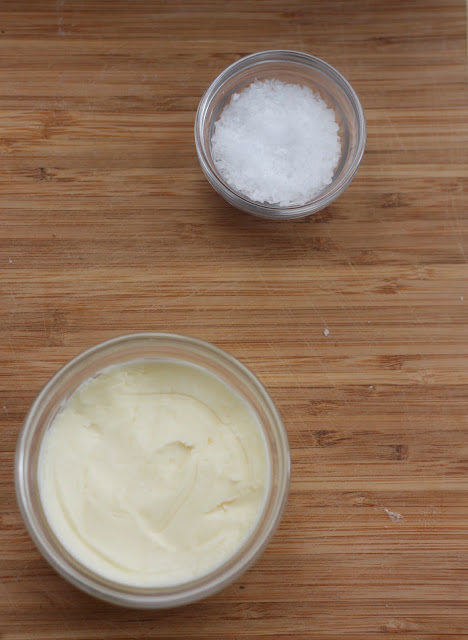 I followed the method outlined by Diner's Journal, and surprisingly, it was fun, quick, and not difficult at all. Here's what you do:
First, take some cream (I used about a pint but any amount will do) and put it in the bowl of a stand mixer fitted with the whisk attachment. Turn the mixer on medium/high, and whisk for several minutes. Soon, you will have whipped cream.
Keep whisking, and after a few more minutes, your whipped cream will start to turn into clumps. A few minutes after that, the clumps will release their liquid into the bottom of the mixer. This is fresh buttermilk! Pour it out of the mixing bowl, and reserve it for another use.
Continue running your mixer for a minute or two longer, until the butter has released all of it's liquid and has formed into one large clump. Squeeze the butter in a piece of cheesecloth and/or rinse it in cold water to get rid of any remaining buttermilk residue (apparently the residual buttermilk will make the butter spoil more quickly).
If desired, mix some salt into your butter (I used a few pinches of Maldron).
To serve, I spread my butter on crackers and topped each with sliced radishes and a sprinkle of salt, but it would also be fabulous smeared on some good bread, or anywhere else you would normally use store bought butter.
Posted by Rachel at 5:59 PM