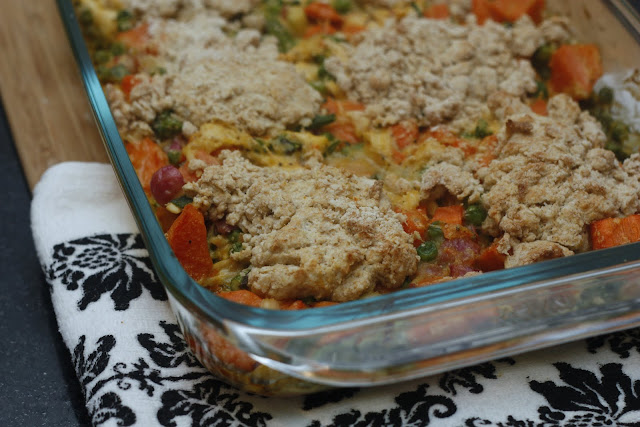 We've been pummeled with rain this week in New York City. The kind of rain that makes you want to curl up on your couch, sipping hot cocoa and pretending it's November, for days. But as I sat this afternoon in the conference room of my midtown office building watching the droplets roll down its long windows, I decided I'd had enough. So the next time the storm looked like it was letting up, like I wouldn't be pelted with millions of cold droplets and chilled to the bone the second I stepped out onto the street, I pulled on my rain boots, grabbed my umbrella, and made a run for it. I ran up sixth avenue, dodging splashes from cars and stray umbrellas until I reached the subway. Miraculously, just as I walked out of the train and into the Union Square Greenmarket the rain stopped. And for a few minutes, it turned into a lovely spring evening. An evening that was made all the lovelier by the fact that there were still plenty of asparagus, ramps and scallions to be had despite the late hour.


But of course, as I made my way back to my apartment, it began to rain again. And by the time I arrived home, replaced my soaking wet clothes with a big cozy sweatshirt and settled onto the couch, the last thing I wanted was the fresh spring salad I had planned for tonight. So with a little inspiration from Ina Garten and Martha Stewart, I turned my fresh spring salad into a spring vegetable pot pie. I sauteed my market finds, made a roux flavored with Pernod and saffron, and threw in some leftover chicken for good measure. I topped the filling with a variation of Dorie Greenspan's Maple Cornmeal Drop Biscuits, this week's Tuesdays with Dorie recipe (though I realize that it's more of a Wednesday with Dorie for me now). The result was so delicious that I decided to have a second helping instead of dessert, which, as those of you who have been reading here for a while know, is no small thing. This week's Tuesdays with Dorie recipe was chosen by Lindsay and you can find the original recipe here. 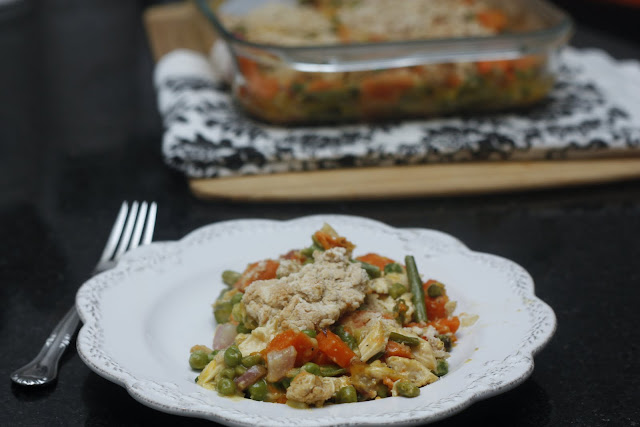 Preheat the oven to 350. Bring a pot of water to boil, add the sweet potatoes, and boil for about ten minutes. Remove the sweet potatoes, bring the water back to a boil, and blanch the asparagus and scallions by dropping them in the water for just a minute and then transferring them to a bowl of ice water so that they don't overcook.

Meanwhile, heat the olive oil in a large skillet, add the radishes, peas, carrots and ramps and sautee over medium heat for about five minutes until they are beginning to soften. Add the butter, and when it's melted stir in the flour. Cook the roux for a couple of minutes until it starts to darken, then add the Pernod and the vegetable broth and boil for about five minutes, until it is reduced by about half. Stir in the cream, and season well with salt and pepper. Fold in the potatoes, asparagus and scallions and cooked chicken breast, if using, and transfer to a 9x11 baking dish.

In a large bowl, mix together the flours, baking powder, baking soda and salt. Add the butter, and rub the flour into the butter using your fingertips until it looks like tiny pebbles. Make a well in the middle of the mixture, add the milk and the maple syrup, and whisk together with a fork until just combined. It's okay if all of the flour is not totally incorporated--it's more important not to over mix the batter. Drop large spoonfuls of the batter over the filling and bake for about 35 minutes, or until the filling is bubbling and the biscuits are golden.
Posted by Rachel at 11:55 PM

Jessica of My Baking Heart said...

LOVE your adaptation! :) I bet it was delicious!

What a great idea to use these as a topping! I bet that was really good.

I'm in Seattle and while we are used to rain, we've had so much this year and have only had a few days of 60 degree weather. I'm ready for some nicer weather!

the rain--the shoes i wore yesterday are still soaking wet! this sounds like a delicious way to use the biscuits. good thinking!

What a GREAT idea! Thanks for sharing...I love it. Thanks for baking along with me.