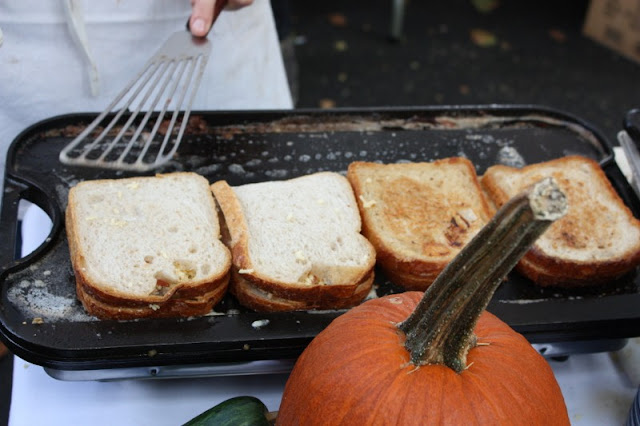 On Saturday, I braved the wind and the crowds and headed down to Hester Street for New York Magazine's Food Festival. 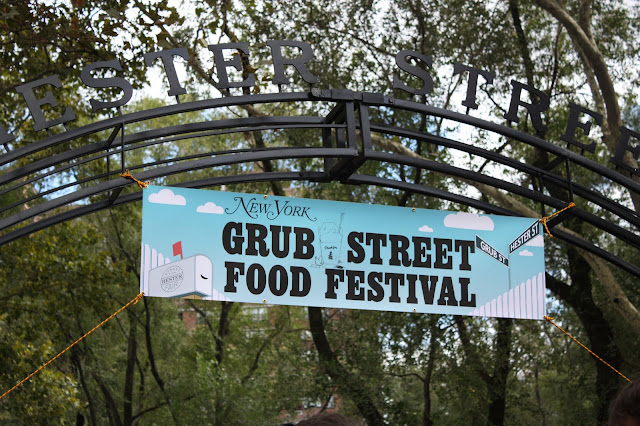 The lines were long and the crowd was thick, but we came prepared with a plan of attack.  First stop? A grilled cheese from The Smile to fuel the rest of the excursion.  Topped with tomato jam and pickled onions, this was the perfect first course.  I wish they would have gone a little heavier on the jam, but all in all it was rich, buttery and delicious. 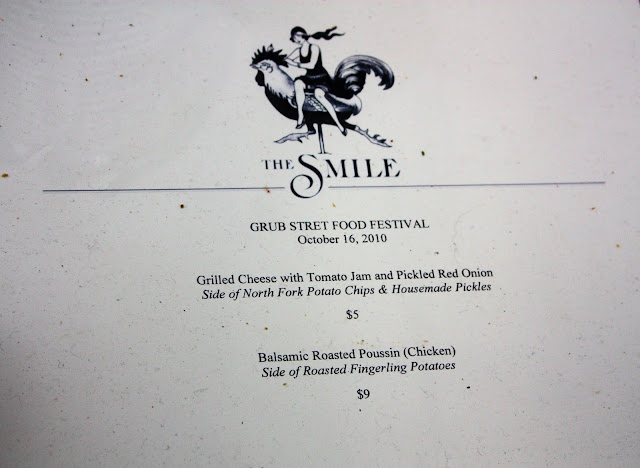 After the grilled cheese it was time to divide and conquer.  Our party of four split off into four different directions.  The other three went in search of lobster rolls, patacon and ice cream sandwiches, while I went to procure us rice balls from the Arancini Brothers.  I was almost to the front of the line and was debating the merits of roasted pumpkin with mascapone versus escarole with white bean when they announced that they were sold out and wouldn't have any fresh arancini for another 30 minutes. 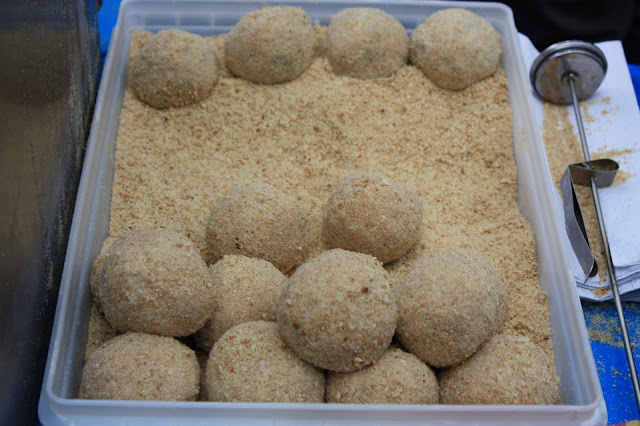 Needless to say, I aborted that mission.  There was just too much else to try!  I didn't get a photo my next bite--a Lobster Roll from Luke's--because I wolfed it down too quickly.  The Luke's Lobster roll was packed with sweet fresh lobster and very little mayo.  Instead, I tasted butter.  Mmmmm butter. 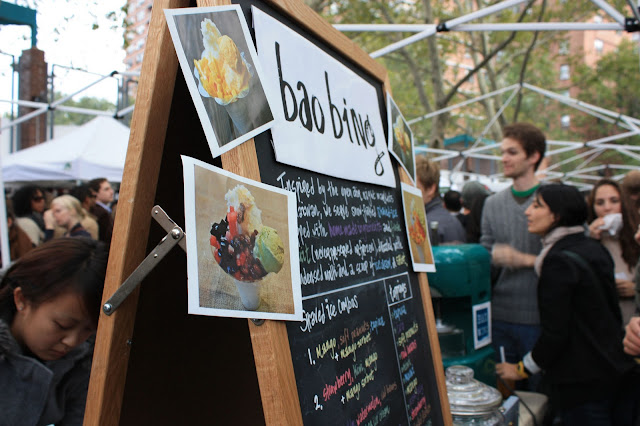 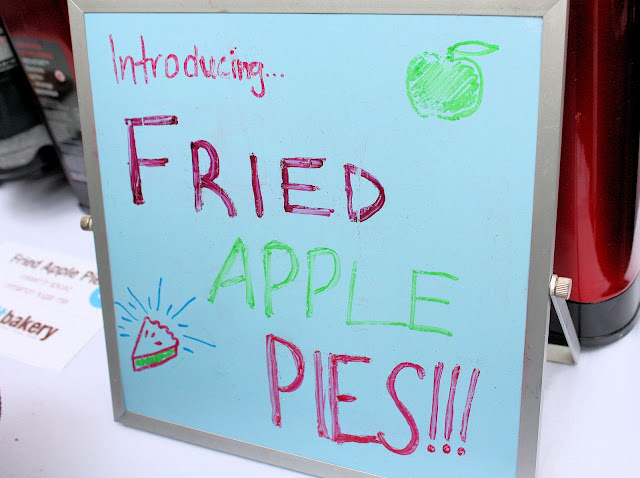 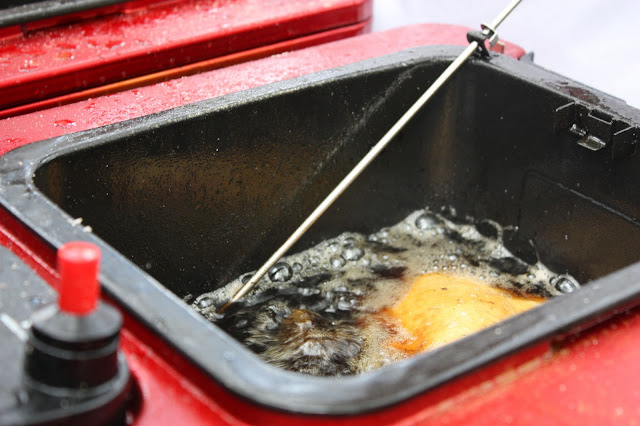 Once I was reunited with my friends, we sampled several of the offerings from Patacon Pisao.  Below is a Cachapas, a sweet corn crepe filled with cheese, and a Patacon, a crispy plantain sandwich filled with chicken. I also tried a bite of a Tuqueno, which is a piece of white cheese wrapped in dough and fried. 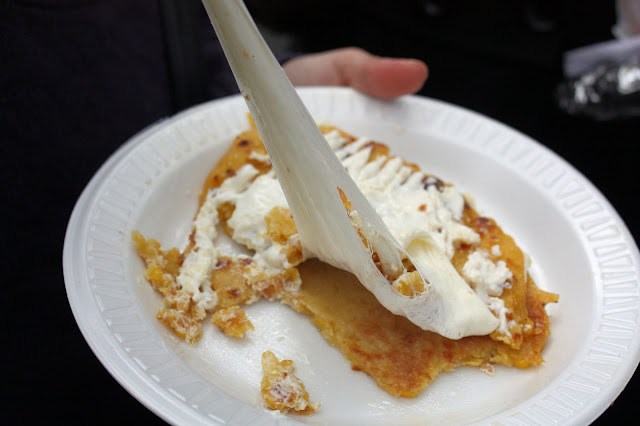 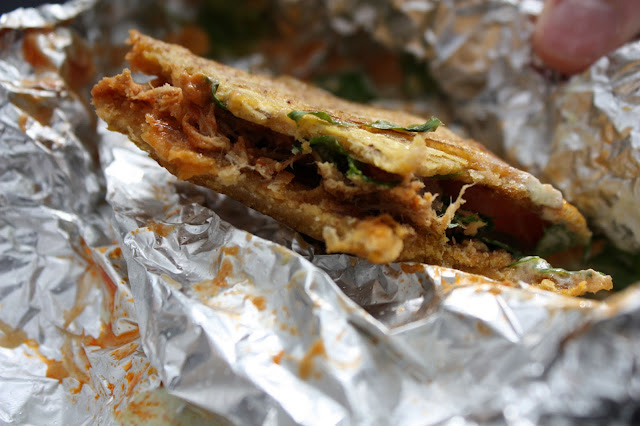 I washed it all down with a Ginger Ale from P&H Soda (he's making a concord grape variety in the photo below). 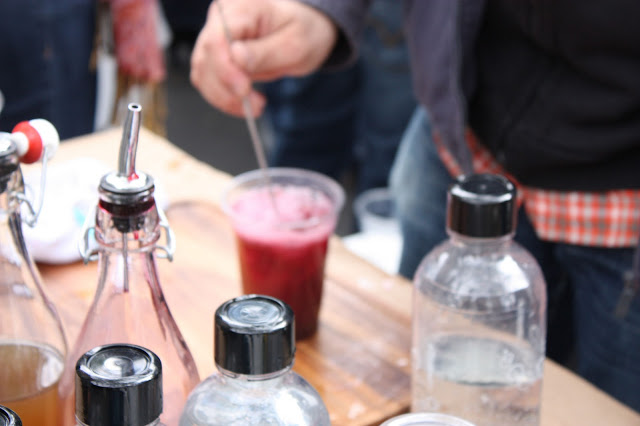 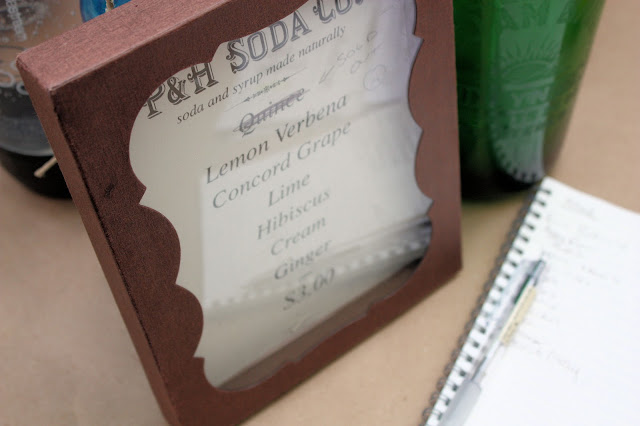 And then it was on to the moment I'd been waiting for all day--dessert!  Below are two ice cream sandwiches from Melt Bakery.  The first is molasses cookies with pumpkin pie ice cream, and the second is pistachio baklava with pistachio ice cream.  They were rock hard when we fist picked them up, but slowly thawed out into a delicious treat. 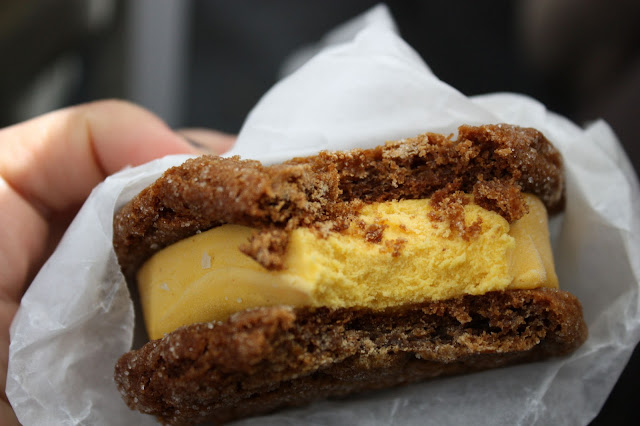 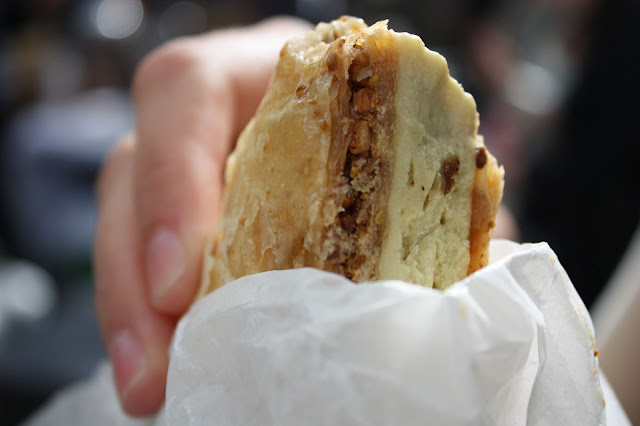 By this point in the day, the crowds had started to get to us.  There were so many people chowing down that you really had to fight your way up and down the aisles.  And there was also the small matter of being so full that I was completely incapable of eating another bite. So we called it a day, and I dragged myself home where I promptly fell into a food coma.   All in all, it was a wonderful afternoon.