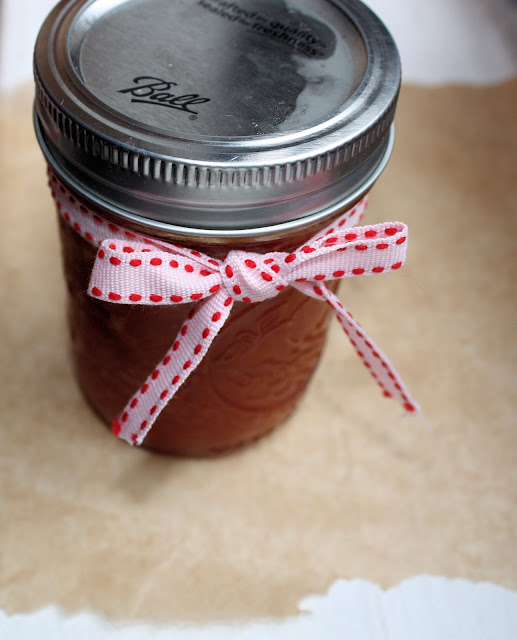 I'm not letting summer off so easy. Don't get me wrong, after the brutally hot weather we've had in New York, I'm more than ready for some cooler temperatures. What I'm not quite ready for? Bidding adieu to stone fruits for another year. The logical solution was to make preserves so that I could continue enjoying peak season peaches year round. Unfortunately, one taste of these Peach Cinnamon Preserves and I realized they're so good that there's no way they'll last me through September, let alone until next summer. 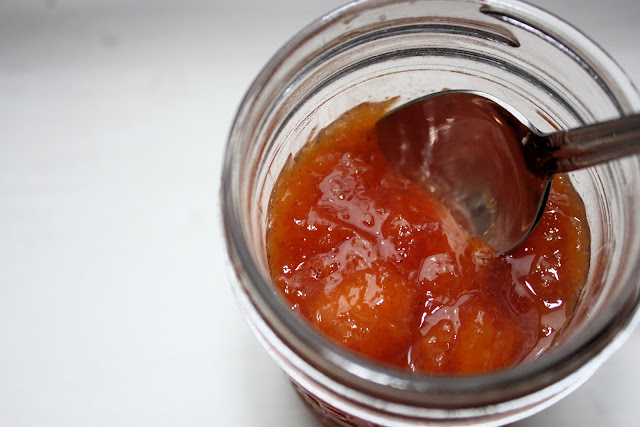 On the bright side, since I'm going to be using this jam immediately there was no need to seal and process the jars. I'm a bit of a worrier (those who know me are laughing out loud at the words "a bit") and thus canning and preserving rank high on my list of irrational fears (my family is still traumatized by the Great Lemon Curd Incident of 2009, in which I tasted some spoiled preserves, researched the symptoms of botulism online, and ran around for days demanding to know whether my facial muscles looked like they were becoming paralyzed. They had some fun with that one, let me tell you.) 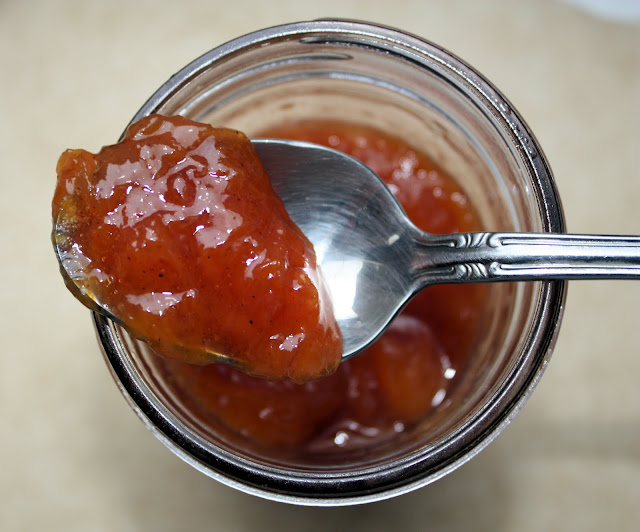 Hypochondria aside, come winter I'm certainly going to be sorry that I don't have a few extra jars of these preserves stowed away. The sweet peach flavor is brightened by the addition of lemon juice, while copious amounts of cinnamon add depth and a bit of spice. I've already tried them on pancakes, toast, and okay fine, eaten straight from the jar. I'm sure they would also be delicious stirred into oatmeal, or even warmed up and drizzled over ice cream. On that note, I'm going to go start counting the days until peach season begins again.

To Make the Preserves
Bring a large pot of water to boil, and fill a large bowl with ice water. Drop the peaches into the boiling water for just under a minute, then use a slotted spoon to transfer them to the ice bath in order to stop the cooking process. Once the peaches have cooled, slip off their skins and cut each peeled peach in half. Remove the pits, and chop each peach half into large chunks. Put the peaches, cinnamon sugar mixture and lemon juice into a large, heavy bottomed saucepan and bring it to a boil. Lower the heat just a bit and continue to simmer the mixture for about an hour, or until the peaches have broken down and the preserves have thickened substantially. Make sure you are stirring often to ensure that the preserves are not sticking to the bottom of the saucepan. If foam forms on top of your preserves as they are cooking, just skim it off and discard it. When the preserves are done, the peaches and sugar should form one single stream. To check for doneness you can also place a spoonful of the hot preserves on a plate in the freezer. When ready, they should gel within a minute or two.

To Store the Preserves
If you are using your preserves immediately (within a few weeks) you can put them in the fridge or freezer.

If you want your preserves to last longer, can and process according to standard safe canning practices.
Posted by Rachel at 10:48 PM

Those look wonderful. I wonder if I can still buy peaches???

I just made some similar spiced peach "butter". I'm hanging on to summer with ya!

How much does this recipe make? There's only me, so I don't want to make too much. I would hate for such lovely preserves to go to waste.

och, those look great. it's beautifull. so wonderful. I want this. och, very much! those so really fantastic.