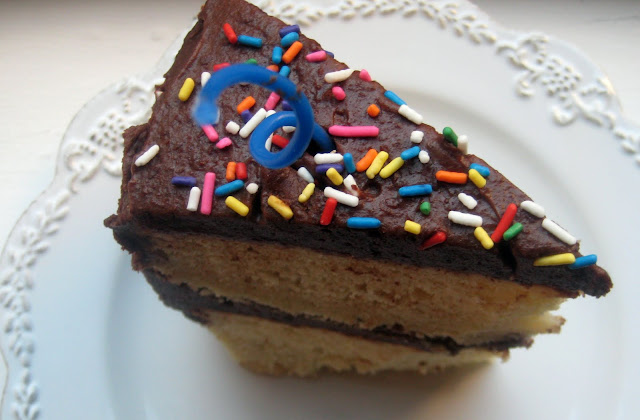 I was beginning to worry that I'd lost my baking mojo. Sure, I've had some successes in my new kitchen. But there have been some truly heinous failures, as well. Like the time I forgot to add baking soda to my favorite cookie recipe. Or the time I dropped a bowl next to the cooling rack, sending shards of glass flying into a freshly baked batch of cupcakes.
But I think I finally outdid myself with last week's baking disaster, which was really three kitchen catastrophes in one. It was my turn to host book club, and due to this new thing I have known as a job, I didn't have time to make all of the food myself (sigh). However, one of the club members was celebrating a birthday the day before our meeting, and busy or not, I decided there was no way I was going to be serving store bought birthday cake.

So the night before book club, I arrived home around 9pm, grocery bags in hand, ready to start baking. I flipped the knob on my oven to preheat and....nothing. My oven, which had been used just the night before, wasn't working. At all. A panic attack and several calls to the super later, we were back in business. Baking crisis number one averted. 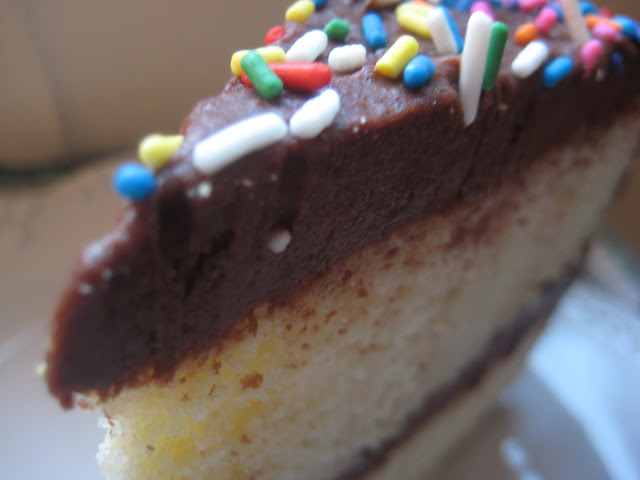 Back on track, I began mixing up the ingredients for the cake. Butter, sugars, eggs and vanilla came together without a hitch. The dry ingredients were incorporated and my cake was ready to go. Until I realized that I forgot to add the buttermilk. Well no problem, I though, pulling it out of the grocery bag--I'll just add it in now. I opened the carton and started to pour and--well, I'll spare you the details, but lets just say it was clear that my buttermilk had gone bad. My batter was ruined. Baking disaster number two.

By this time it was after 11pm and it was snowing out. My cake was in the garbage, and I should have just gone to bed. But instead, I threw on my puffy coat over my pajamas and Ugg slippers, and trekked out to the bodega down the block. Minutes later, I had purchased a replacement carton of buttermilk, and was back in my apartment ready to begin operation birthday cake, take two. 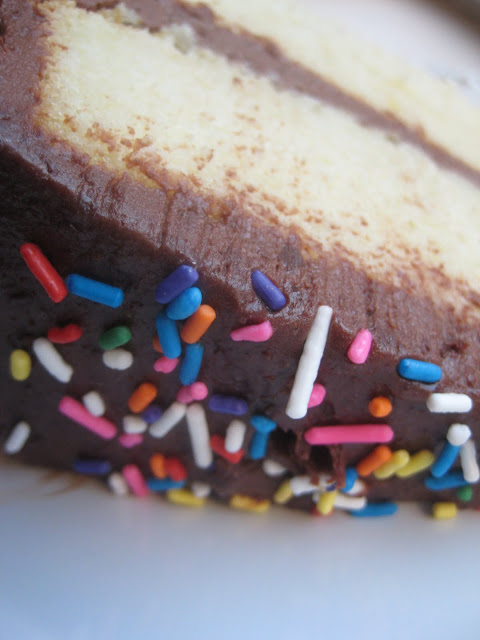 The butter was creamed, the sugars were added, and I was ready for the eggs. The eggs. I had used my last eggs making the first, ruined cake. Baking disaster number three. A normal person would have taken this as a sign to give up and just go to bed already, but by this time, it was personal. I was not going to let this cake get the best of me.

So out into the cold I went again for more eggs. And I am so glad I did. Because this cake is everything that Deb promised it would be and more. It's a yellow cake that is actually moist and flavorful, and the sour cream icing was not only delicious, but came together in a snap. Needless to say, it was a total hit at book club. I think I've finally regained my baking mojo. There are cookies in the oven as I type this, so lets hope so.
Best Birthday Cake
Recipe by Deb of Smitten Kitchen, Available Here
Posted by Rachel at 9:56 PM

Oh Rachel! Your cake looks amazingly delicious! Great job. Sorry about your baking mishaps on this one--if it's any consolation--we have ALL been there. Had one last week myself. Am sure your book club was blown out of the water to see this beautiful cake!