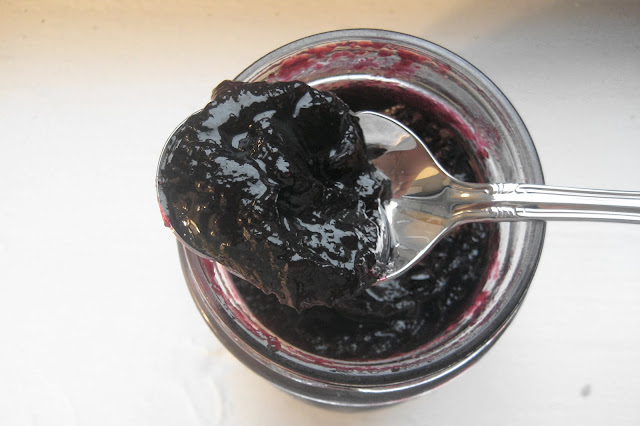 The things I'm afraid of can be grouped into two categories: those fears that are rational (snakes, undercooked chicken, forgetting to unplug the hair straightener and accidentally burning down my apartment) and those that aren't (baby corn, clowns, Michael Jackson's Thriller video). This week, I happily discovered that my longtime fear of making jam falls decisively into the irrational category. 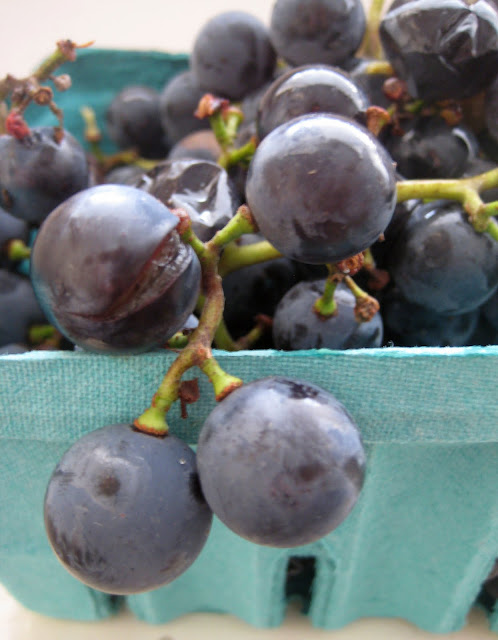 Because as it turns out, making jam isn't scary at all. Can you boil water? Peel grapes? Make a stirring motion with a wooden spoon? Then you can make jam! After finding some lovely looking concord grapes at the Union Square Green Market last weekend, I whipped up this version, which is tangy, sweet and bursting with grape flavor. 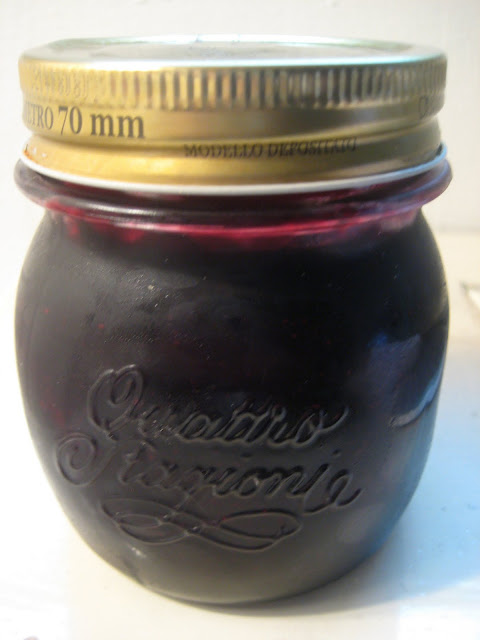 So it looks like I had nothing to fear after all. Hmm...maybe I should try watching the Thriller video again. Though those zombies are pretty scary. Yes, on second thought, I think I've overcome enough fears for one October. Oh well, there's always next year. 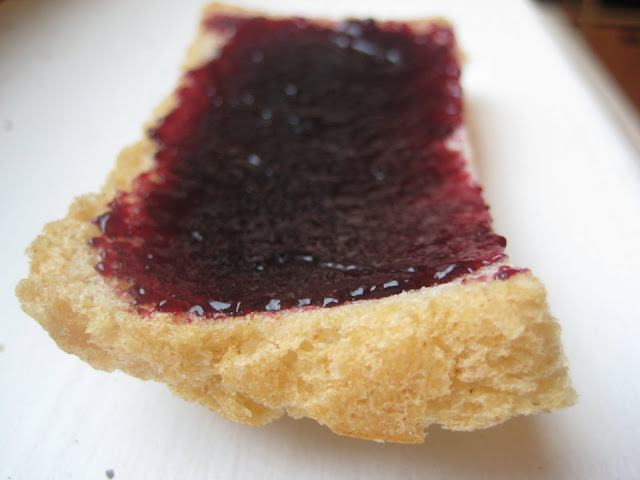 My Recipe Notes:
-I made a half recipe, which worked out just fine.
-I reduced the sugar a bit, and still found the jam to be sufficiently sweet.
-I don't have a food mill, so I poured jam over a sieve to separate out the seeds instead.

Hi Trini--
I think the flavor was brighter--still very sweet and traditional for sure, but very fresh as well. And delicious!

Thanks for visiting my blog. Your list of things you are afraid of is TOTALLY my list of scary things - especially the undercooked chicken and hair straightener burning down my apt fears! I love this concord grape jam. I've been tesing recipes non stop with concord grapes lately and I realized they are best left to shine on their own - much like they do in this jam!