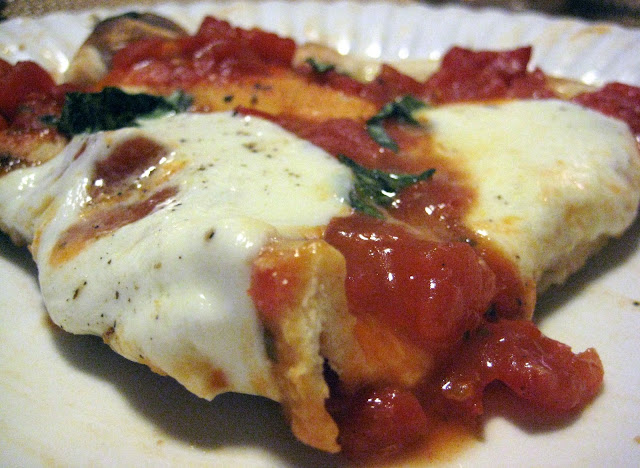 Last week when I was in Minneapolis for the 4th of July, Mom and I were in the car on the way home from a shopping excursion when she posed the eternal question: What are we going to make for dinner? "Flank steak salads?" asked mom. I made a face. "Grilled pork chops?" I stared at her quizzically. Had the Starbucks barista spiked the iced coffee she was sipping? Had she gotten into a scuffle over the last pair of gold sandals at the Saks outlet and bumped her head while my back was turned? Because she really should have known better than to think that I would take her up on any of those suggestions. Don't get me wrong, I'm certainly not a vegetarian, and I enjoy the occasional cheeseburger just as much as the next girl. But a big slab of unadorned meat is never going to be my first choice for a meal, a fact that is well known to my (formerly vegetarian!) mother.

Since I am a backyard-less and grill-starved Manhatanite, I was more than happy to jump on their barbecue bandwagon. I just wanted to shake things up a bit from the usual meat and vegetables routine, and I wasn't going down without a fight. It was time to play dirty. "We could make grilled pizzas," I suggested casually. Now you have to know one thing about my mother in order to see where I was going with this. She is usually a salad eating, veggie loving, dessert shunning health nut. But if there is one thing that can get her to turn on a dime and drop her culinary plans faster than you can say pepperoni, it's the mere suggestion of pizza. She looked at me, wide eyed. "Grilled pizza? Lets stop at the store."

An hour later, operation pizza was in full effect. Well....er....almost. "So how do you make grilled pizza anyways?" asked mom as we unpacked our groceries. "You've got me," I replied, "I don't even have a grill." A few Google searches later, and we were in business. We started by rolling out balls of pizza dough into individually sized rounds. You can certainly make your own dough, but Mom and I stopped at an Italian restaurant near our house that sells fresh pizza dough for $2 (gotta love those Midwestern prices!) instead. We were running late as it was, and didn't have time for any culinary disasters. Besides, we had more important things to do, like drink a bottle of Shiraz, watch the sunset over the lake and gossip. After the dough was ready, we brushed one side with olive oil, and placed it oiled side down over the grill, which was set to medium.

Right after the dough hit the grill, it puffed up like this: 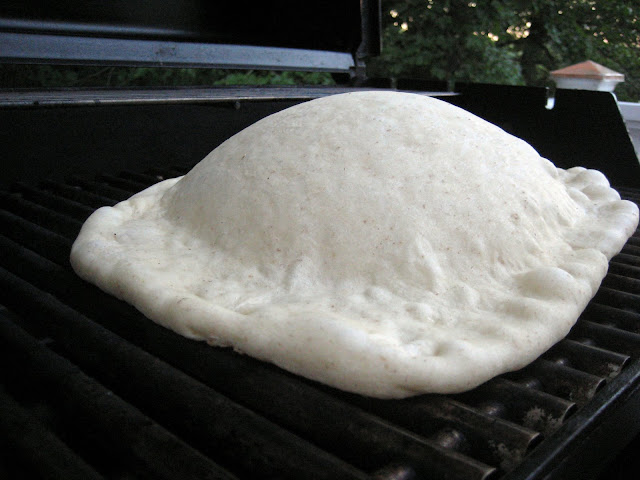 Don't worry, Mom whacked it down with her tongs. After about three minutes, we flipped the dough and grilled the other side for about a minute and a half. 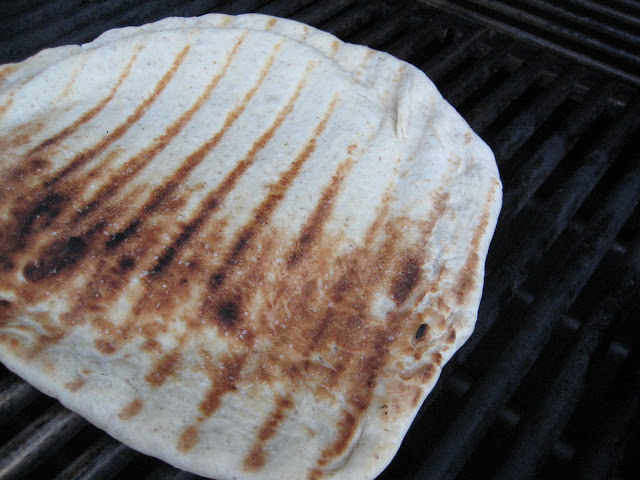 Then it was time for the toppings. Each pizza got a healthy portion of diced Italian tomatoes, several slices of fresh mozzarella, and a sprinkling of basil, along with some more olive oil, salt and pepper. 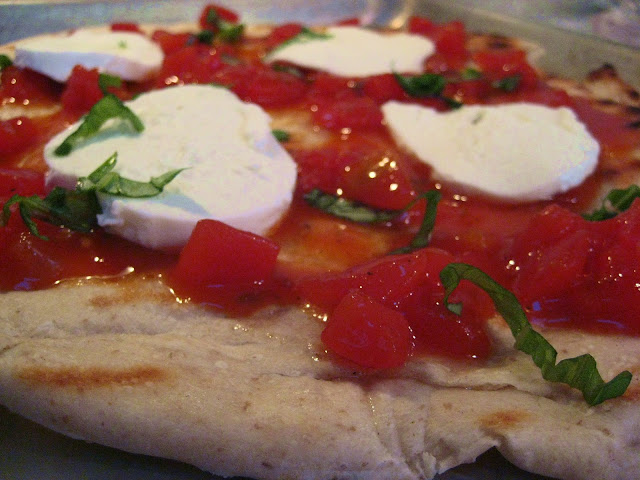 They went into the oven for about five minutes, until the cheese was melted and bubbly, and they came out looking like this: 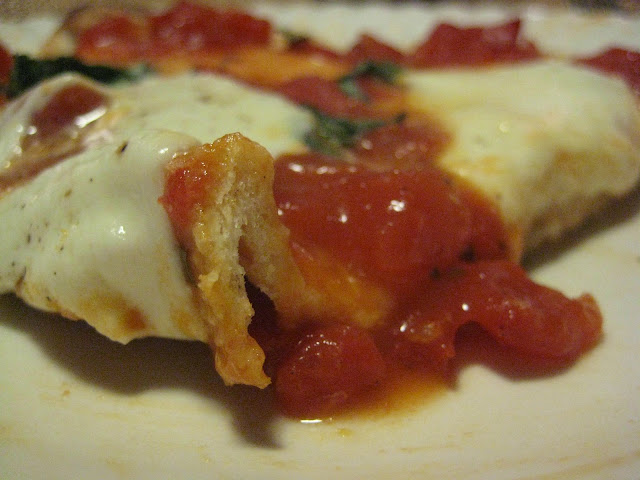 Now doesn't that look better than a plain old slab of meat? Thought so.

Roll out dough to about an eight inch circle. Brush one side with olive oil. Place oiled side down on a hot grill and grill for approximately three minutes. Brush other side with olive oil, flip, and grill for about 1.5 minutes. Remove pizza from grill, and top with tomatoes, cheese and basil. Drizzle with extra olive oil, and sprinkle with salt and pepper. Bake at 350 for about five minutes, or until cheese is bubbly.
Posted by Rachel at 10:55 PM

Oh my, these look good! Now I know what I'm making for lunch!!

I'm just like your mom... i adore pizza. I've never had the grilled kind though. must try it asap!