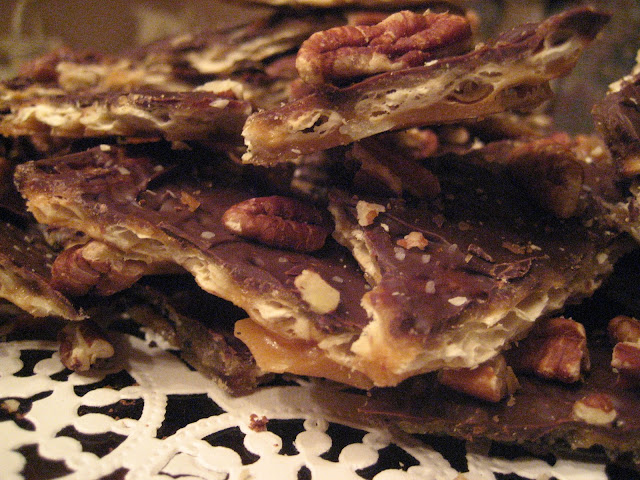 It was only last year that these crackers first appeared at or our Passover Seder, but they've already become infamous in my family. It all starts out innocently enough: take 4-6 sheets of matzoh and arrange them on a foil lined baking sheet, breaking the matzoh as necessary to cover the tray in a single layer. Meanwhile, melt one cup of brown sugar and one cup of butter in a heavy saucepan, stirring intermittently until the mixture comes to a boil. After three minutes, remove the caramel from the heat, stir in a pinch of salt and half a teaspoon of vanilla, and pour it over the matzoh. Bake at 350 for 15 minutes. 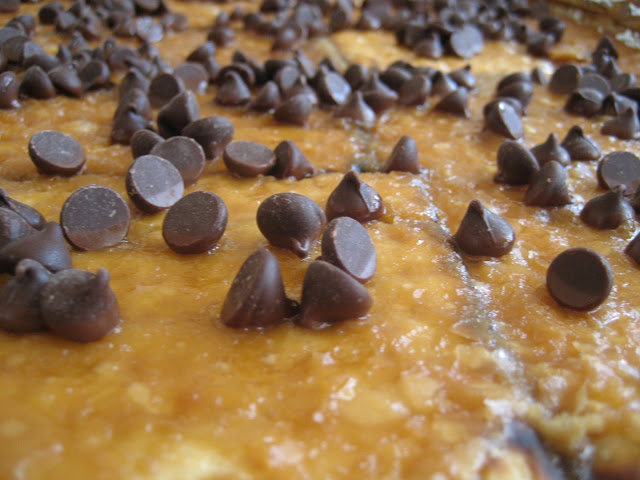 Okay, now here's where things get really good. Remove the matzoh from the oven and sprinkle it with a cup of semi-sweet chocolate chips. Let the chocolate stand for five minutes, and then spread it in an even layer over the matzoh. Top with the toasted pecans and a pinch of sea salt, and put the crackers in the refrigerator to cool. 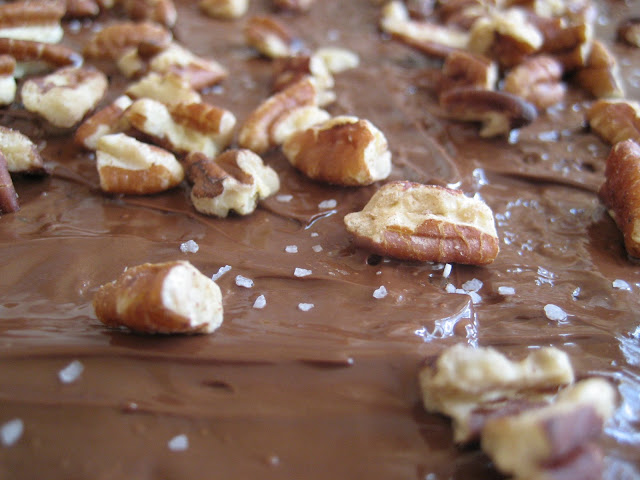 When the crackers have cooled, break them into pieces and serve. But they tend to be pretty addictive, so if you want to eat any yourself, I suggest hiding them from your dad. And your brother. And your mom. And your uncle. 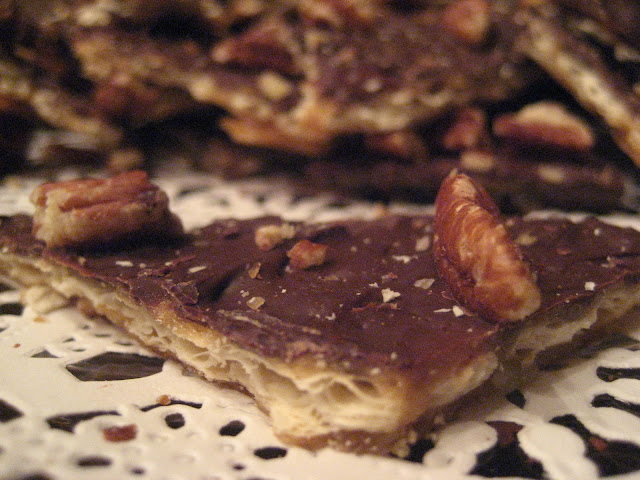 And unless you want to be full for days, you should probably try to hide some from yourself too.

Mmmm, it's not hard to get in the mood for that. My boyfriend's mom makes toffee that looks just like that at Christmas but with saltines. I can see how that wouldn't last long.

Absolutely delicious. I have the book where David got the recipe. Tough I haven't try it yet, I know it's good.
Cheers,
elra

I've seen this recipe several places now so it seems I'm going to have to try it. Looks fantastic!