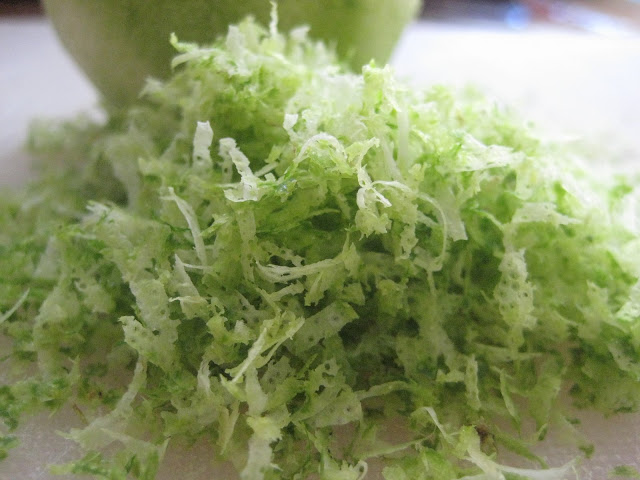 Each time I direct my family's attention to a new blog posting, I get the same responses: "very cool!" (dad), "love the pictures!" (mom) and "why didn't I get any of that?" (brother). So this week, I decided to make my TWD recipe a little early so that I could share with my brother and his girlfriend when I met them for dinner on Sunday night. 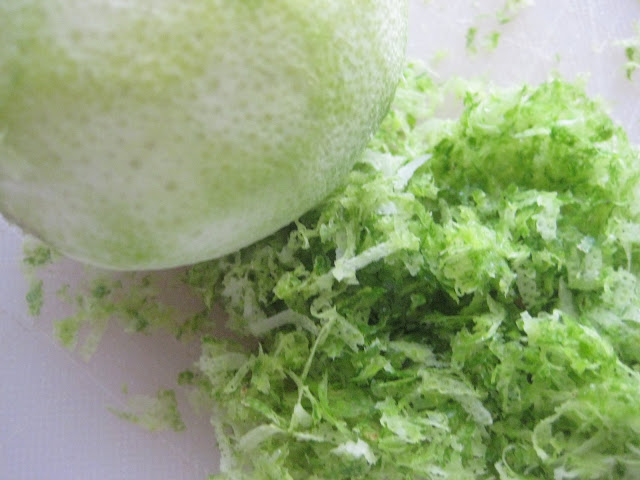 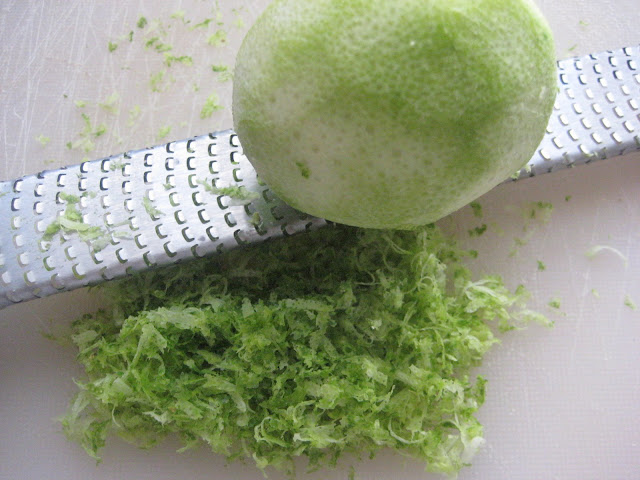 Sure enough, when I showed up at 'inoteca, he nearly pounced on the shopping bag in my hand. "Is that for me?" he cried lunging across the table. "Um not unless you thought I was bringing you some eye cream," I replied tucking the bag under my seat. "But this is." I produced a plastic bag full of the coconut butter thins and passed them across the table. 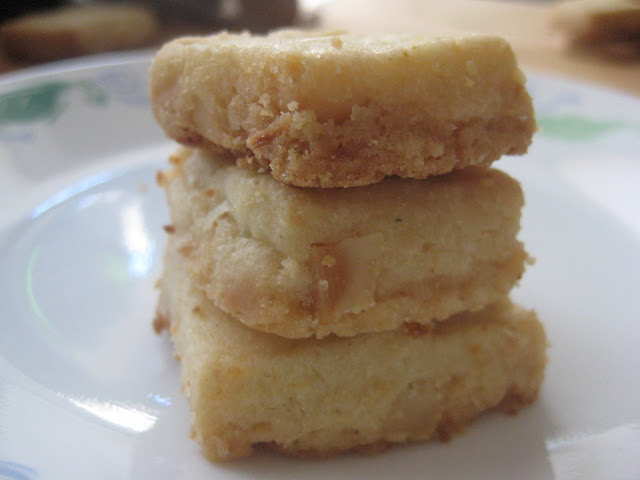 Approximately forty five seconds after leaving the restaurant, my phone buzzed with a text message. "I've already had four cookies," wrote my brother. "And girlfriend just grabbed three...which is funny because she doesn't even like coconut." I can't say I was surprised--though Dorie named these cookies Coconut Butter Thins, the coconut flavor is really quite subtle. It's actually the lime, macadamia nuts and butter that steal the show flavor-wise. Mine weren't exactly "thins" either, as you can see in the photo above. Even though they spread like crazy in the oven, I ended up with a thick, shortbread-like cookie. Overall, I thought that they were tasty, but not my favorite. Though they sure made my brother happy.
This week's pick comes from Jayne of Barefoot Kitchen Witch, and the recipe can be found here. Be sure to check out the TWD blog roll to see hundreds of other variations!
Posted by Rachel at 5:58 PM

How funny! I'm glad these made your brother happy. Love your photos of the lime zest!

Glad your brother enjoyed them! I'm with you on this recipe....liked them but definitely not a favorite!

Well they look gorgeous! I liked these cookies more than I thought I would. I keep nibbling at them LOL

Hahaha it sounds like they were a hit! And they look gorgeous!

Your cookies look perfect! I'm glad they were a success. YUM.

OMG! How cute is your blog! Love it!

The lime zest pictures are awesome .. your cookies turned out perfect!

They look like they turned out perfectly! Your brother is too funny.

They look just right to me. Love the lime zest pic. It almost sparkles.

I love the lime zest and I love that your cookies are fat! I wish I had one. . . .can you pass it through the puter please?

I love that shot of the pile of zested lime!
Michelle
http://oneordinaryday.wordpress.com