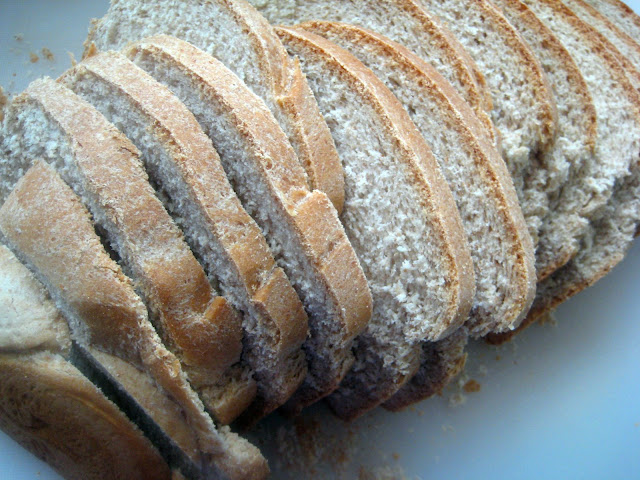 Lo and behold, it's my second loaf of yeast bread in the span of a month. It was only four weeks ago that I told you about my new found fixation with No Knead Bread, and now I've moved on to the real thing: a bona fide, kneading required, sandwich loaf. This bread was fabulous. It's soft inside, has a firm crust and toasts up like a dream. But that's not to say that it went off without a hitch. Things started out easily enough. I mixed the ingredients, added some water, and began to knead. After kneading the bread by hand for a few minutes, I decided that the KitchenAid would do a much better job than I ever could (read: my hands were getting tired and I wanted to lay down on the couch) and threw the dough in the mixer. The KitchenAid started working its magic: grabbing the dough, twirling it around in a circle, and turning it over itself, until...it stopped. 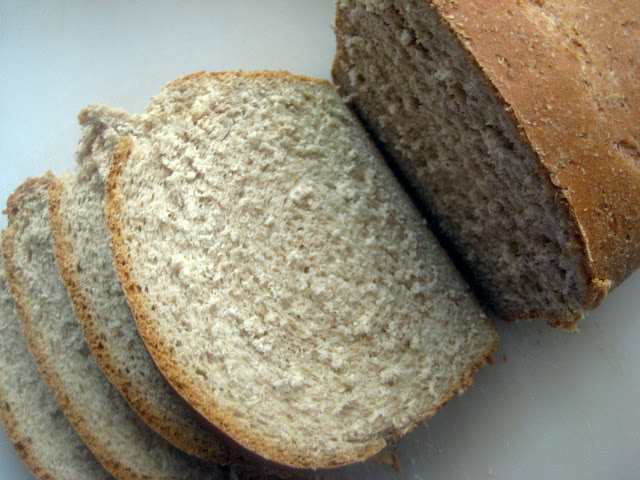 The KitchenAid just stopped. And would not turn back on. Did I mention how much I love the KitchenAid? And that it's not even mine?Needless to say, my leisurely morning of bread baking devolved into a complete panic. Not only was my sandwich loaf a failure, but I had broken Julia's KitchenAid, which I was fairly sure was going to explode all over the apartment, given that it was burning hot to the touch. A quick Google search revealed that the culprit was likely 1) an overheated mixer, which would turn itself back on after about 20 minutes 2) a blown fuse or 3) a stripped gear. Slightly calmer, I sat down to distract myself with The Martha Stewart Show while I prayed that it was only option number one. 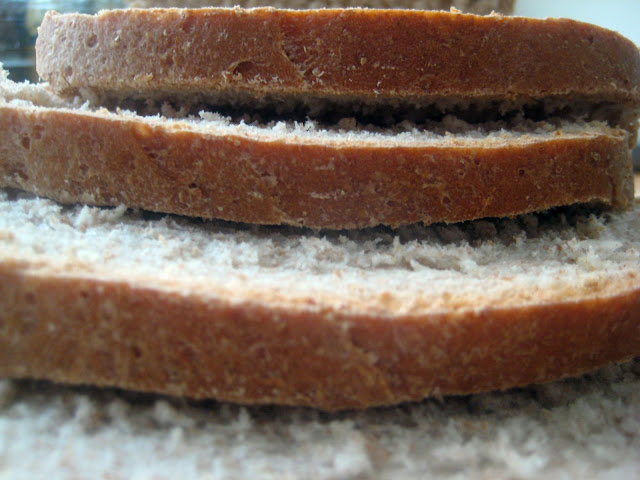 After exactly 20 minutes of watching Martha teach Kenan Thomas to craft, I nervously walked over to the counter, crossed my fingers, and flipped the switch....and the mixer buzzed back to life! Relieved, I resumed kneading and finished my loaf without any further problems. This bread had better be good, I though as I popped the loaf in the oven. 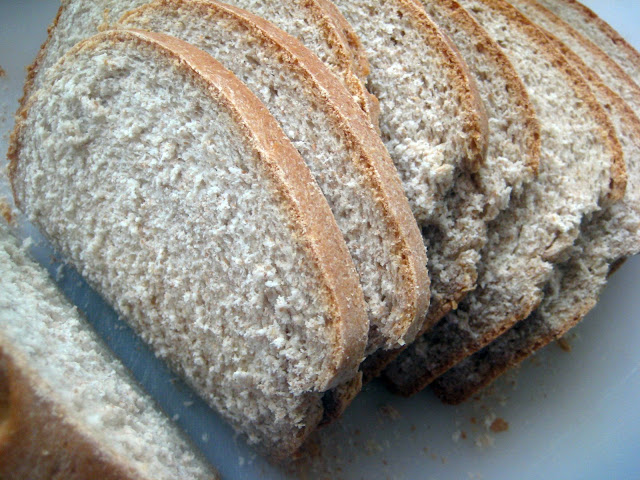 It was. But I think I'll be kneading by hand next time.

Drama! oh no. I would have totally panicked. I'm glad to know about it in case *knock on wood* it ever happens to me.

Your loaf looks great and I'm glad it ended up being a success.

Thank goodness the mixer was just tired and not dead! Your loaf turned out beautifully. And, your slices are so perfect! I can never get mine like that. Well done!

This looks perfect! Not much better than the smell of baking bread. It's so comforting!

Bread making for some reason terrifies me. I've yet to try it. Maybe that's why my Kitchen Aid is cool and collected!


We bumped into your blog and we really liked it - great recipes YUM!!! YUM!!!.
We would like to add it to the Petitchef.com.

We would be delighted if you could add your blog to Petitchef so that our users can, as us,
enjoy your recipes.

Petitchef is a french based Cooking recipes Portal. Several hundred Blogs are already members
and benefit from their exposure on Petitchef.com.

To add your site to the Petitchef family you can use http://en.petitchef.com/?obj=front&action=site_ajout_form or just go to Petitchef.com and click on "Add your site"