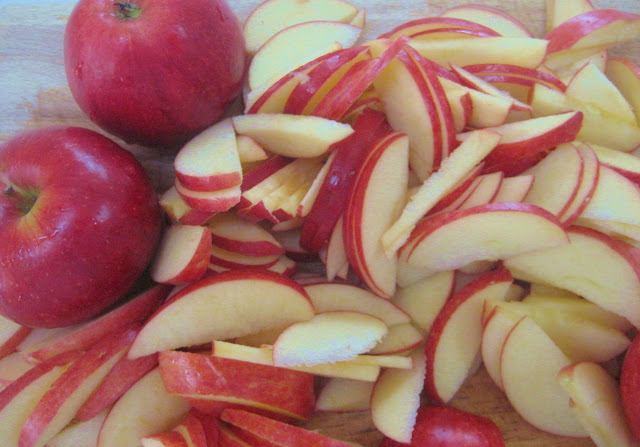 I am sitting in the library studying for my last final (!!) and I can't stop daydreaming about the Rustic Apple Tarts that I made for Thanksgiving. Or, rather, I can't stop daydreaming about the caramel apple syrup that went on top of the tarts that I made for Thanksgiving. It was amazing. In fact, I'd like a bowl full of that syrup right now. I would put it on ice cream, I would sandwich it between cookies, I would dip apple slices in it....wait, who am I kidding? I'd eat the entire thing plain right out of the bowl, spoonful by spoonful. It was really that good. Oh, and the tarts weren't bad, either. In fact, they made a simple yet impressive holiday dessert. You start by thinly slicing a pile of apples. 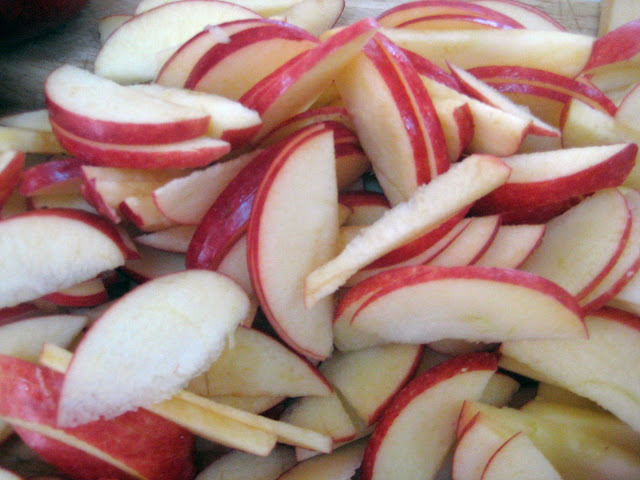 Next, melt some sugar in a heavy pot until it turns to caramel, and add apple cider and cider vinegar. 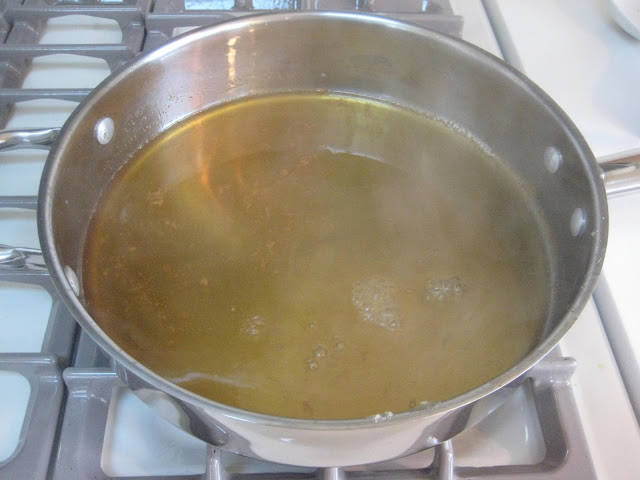 Add the apple slices to the liquid, and stir to coat. Remove the whole mix from the heat, and let it cool. 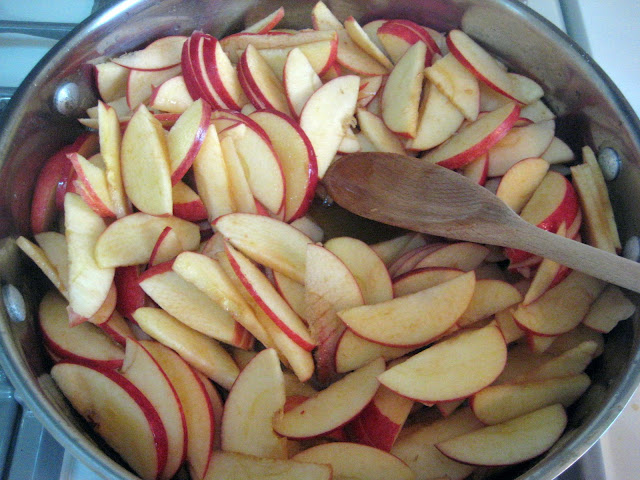 Meanwhile, roll out some defrosted puff pastry sheets, and cut them into squares. Drain the apples, reserving the liquid, and heap some into the middle of each square, folding the edges up to make little packages. I did this much before our guests arrived, and then finished making the desserts after we returned from our after dinner walk. 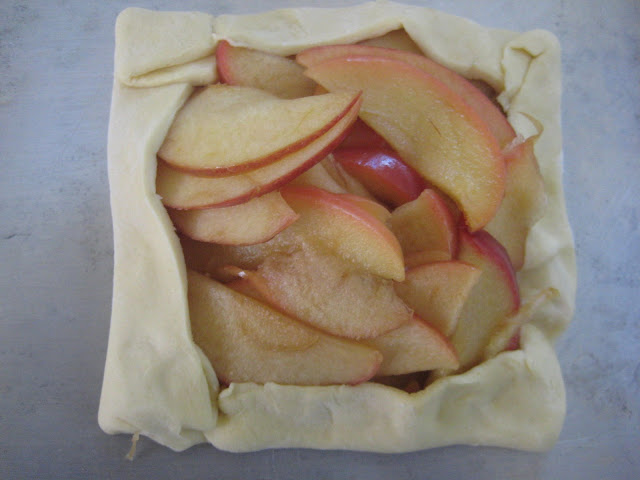 Okay, now here's where it gets good. While the tarts are in the oven, return the liquid to the stove, add some Calvados and some butter, and cook until the syrup reduces and is thick enough to coat the back of a spoon. I'm not saying that I pretended that the syrup wasn't done until long after it actually was, just so that I could continue standing over the stove, dipping my spoon in, and tasting "to see if it was ready," while my hungry guests waited patiently, but lets just say that if you were to do this, I'm certainly not one to judge. 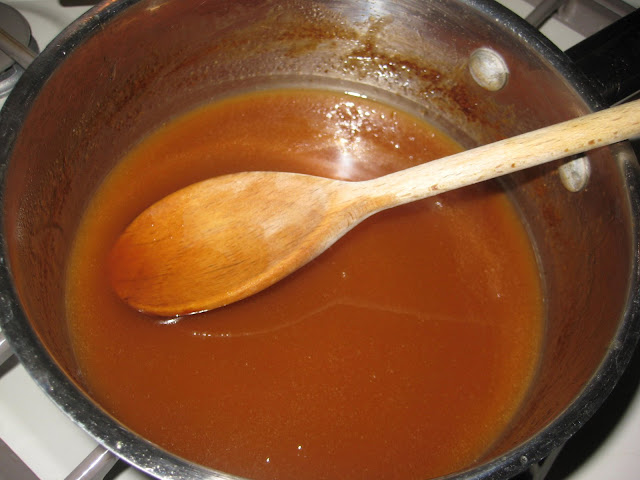 When the tarts come out of the oven, drizzled the syrup over the tops, and finish them off with some freshly whipped cream, laced with Calvados. 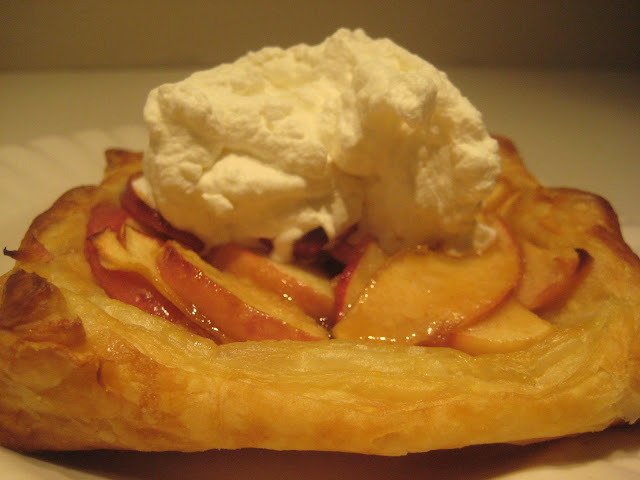 The recipe comes from Gourmet's September 2006 issue, and is available here. The only change I made was to substitute apple brandy for the Calvados because they didn't have any at my liquor store. And I don't think that I need to tell you that if I made these again, I'd double the syrup, right? In fact, I think I'd triple it so that I could pass some with the tarts, and still have enough left to eat on a cozy winter evening...or in a cubicle in the library--you know, hypothetically speaking.


Once finals are officially over, I will be back with edible holiday gifts, Christmas cookies, and next week's Tuesdays with Dorie recipe--butterscotch pudding!
Posted by Rachel at 7:03 PM

That looks fantastic! Rustic yet elegant, in my opinion.