sauteed spinach with almonds and raisins

I started by heating about a tablespoon of olive oil in a large skillet (instead of measuring, I pulled a Rachael Ray and poured out just enough to make a circle around the pan). When the oil was hot, I added four cloves of garlic, which I had sliced thinly, and sauteed until it just turned golden. Then I added a tablespoon of sliced almonds, a tablespoon of golden raisins, and a sprinkling of red pepper flakes. 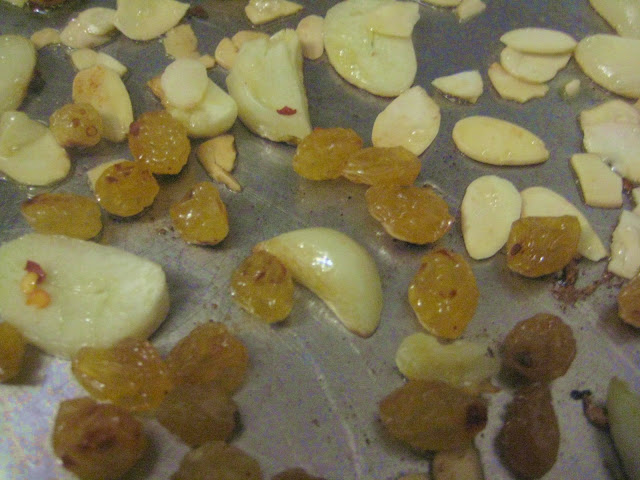 After about a minute, I added three large handfuls of baby spinach, and cooked until it was bright green and wilted. 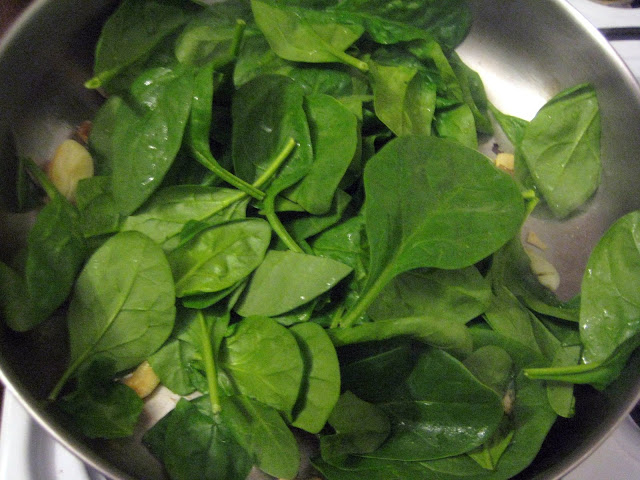 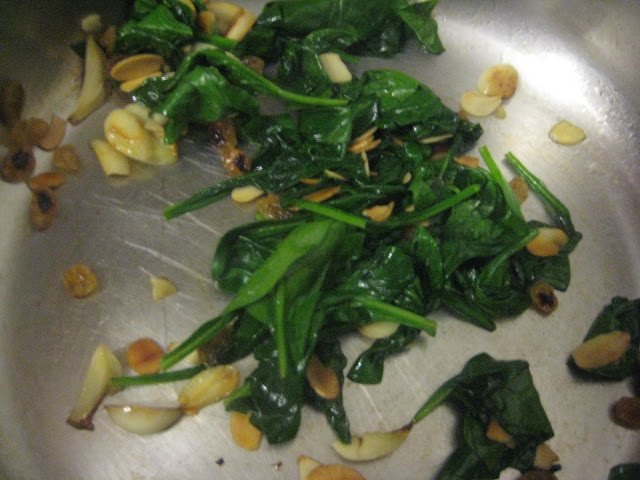 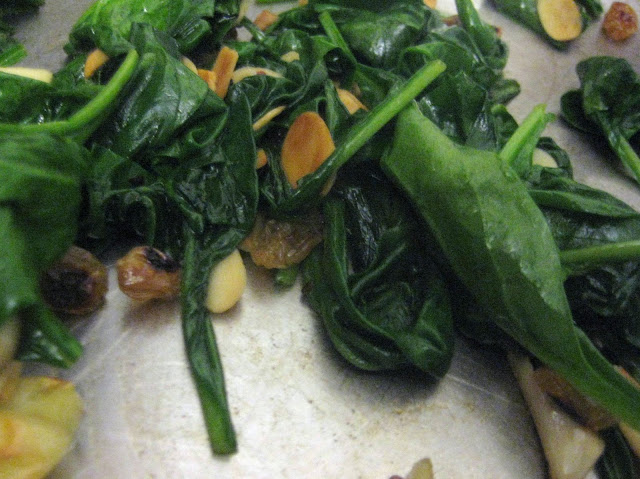 To finish, I seasoned my spinach with salt and pepper, and served. 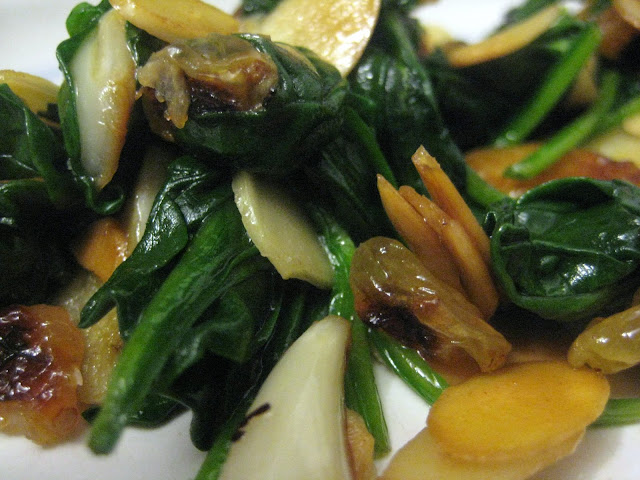 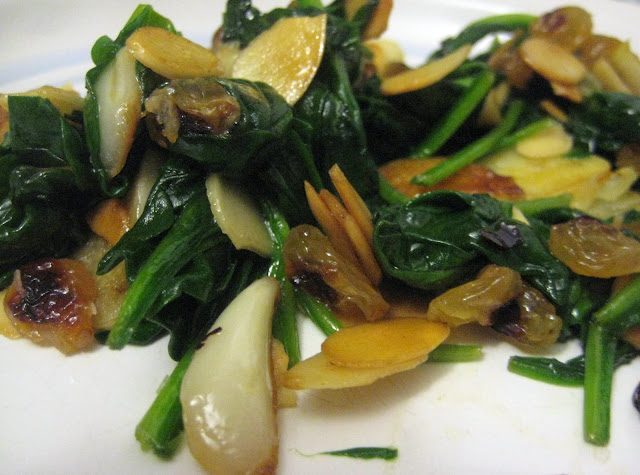 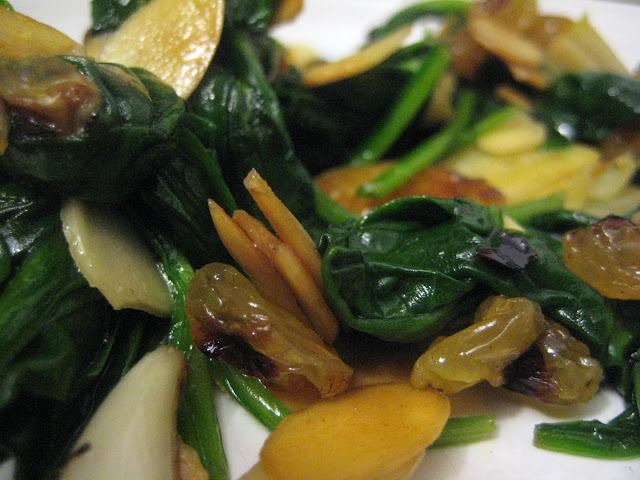 The verdict? I actually (gasp) enjoyed it. No cream, bacon or cheese necessary. Though I'm not making any promises for next time...
Posted by Rachel at 10:29 AM