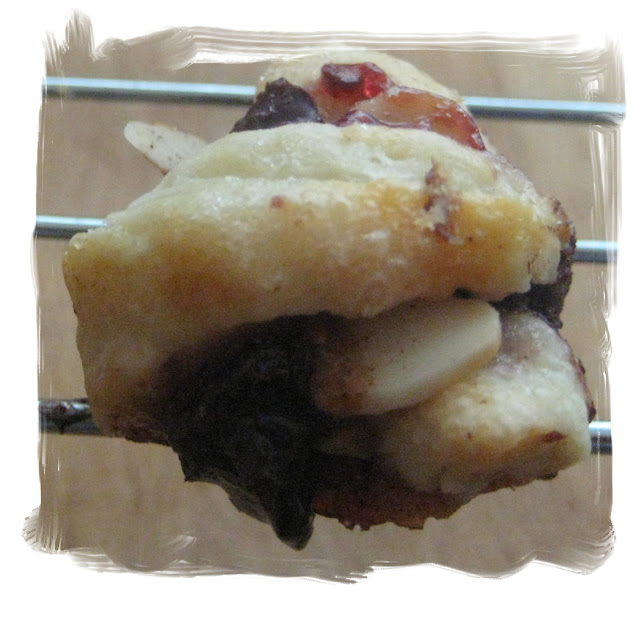 Well now this is turning into a bit of a problem.

While I've rarely met a sweet that I don't like, until recently, there were several I could live without. Baklava. Rice Krispie Treats. Biscotti. Rugelach. Now don't get me wrong, I'll have a taste if it's put in front of me, but I'll never blow my diet on baklava or be hit with an insatiable craving for a slab of rice cereal covered in marshmallows. 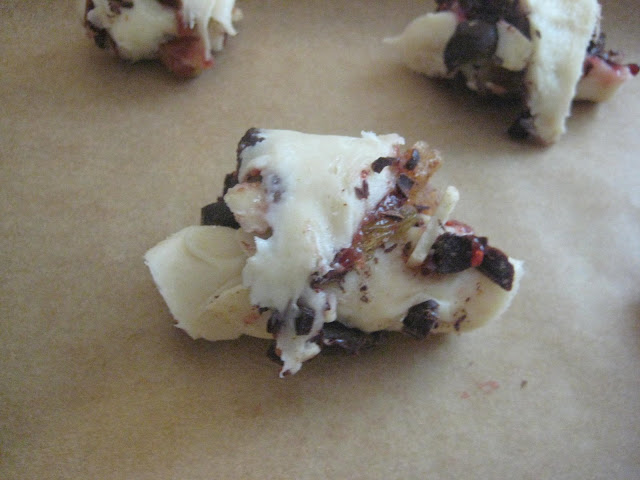 But now, in a span of only a few weeks, Dorie has taken two of my take it or leave it desserts and turned them into I must have more now desserts. First, she ruined my distaste for biscotti, and now she has turned me into a full on rugelach fanatic. 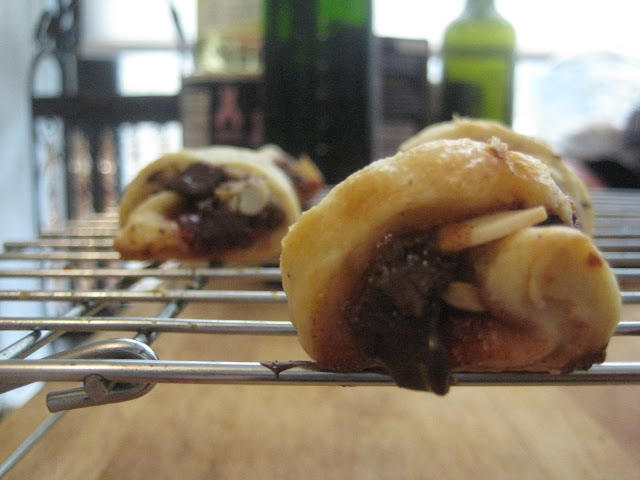 Not only is the rugelach delicious--the dough is flaky and rich, and the filling is sweet and perfectly spiced--but it was easy to make and dirtied a minimal number of dishes--always a plus in my tiny kitchen. I used raspberry jam, sliced almonds, golden raisins, and bittersweet chocolate for the filling, but I think that you could throw almost anything into these and they would still be good. They are also portable--making them a perfect snack while waiting in line to vote! Now lets just hope that there are no recipes for baklava or rice krispie treats on the horizon... 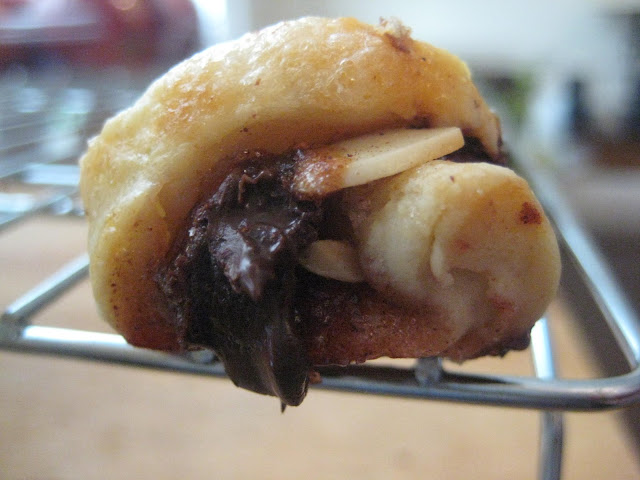 This week's pick was selected by Grace of Piggy's Cooking Journal. You can find the recipe on her blog. And don't forget to check out the Tuesdays with Dorie blogroll to see nearly 300 more rugelach varieties.
Posted by Rachel at 3:05 PM

Nothing wrong with being a rugelach fanatic!! I'm a fellow TWD baker, and I was thinking that it would be nice if we all could chip in and get Laurie some small token/gift for all the work she does. Would you be willing to contribute? If I can get enough people, it would only be about $1 per person. No pressure :-) Let me know! bethberg12@yahoo.com

It looks like yours turned out perfect! Can I join your club of rugelach fanatics? I'll sell the t-shirts! ;)

they look great! glad dorie changed your mind again :) i thought these were so much better than bakery-style. much more moist and rich!

oh those rugelach look lovely! Great job. by the way, I've passed on an award to you! hehe. pls go over to my blog to claim it!

I had never made rugelach before either and I loved them. Defnitely Christmas cookie worthy! Great job!

Glad you like the rugelach! And I love both rice krispie treats and baklava. But only the ones that I make. I have a bakalava recipe posted on my blog. Go check it out!