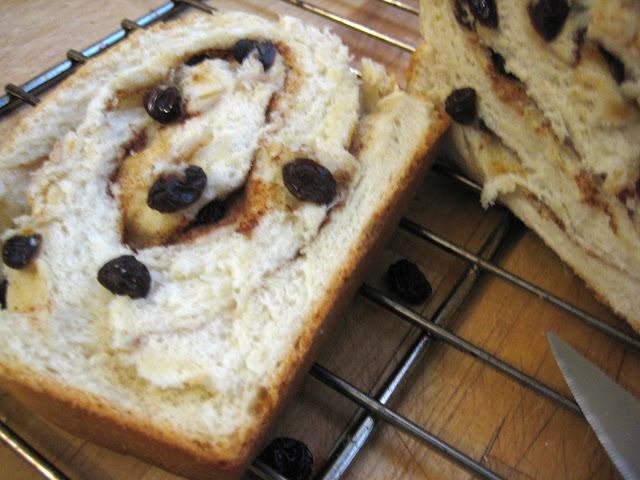 I thought long and hard about what I wanted to eat to break my Yom Kippur fast. I was meeting a friend for a late dinner, but wanted a little something beforehand to tide me over (read: I wanted to eat first so that I wouldn't shovel the break basket into my mouth so quickly I'd scare the other diners). I considered kugel, pancakes, macaroni and cheese, and a few, less traditional options (Pinkberry anyone?) But in the end, I settled on something simple, filling, and portable enough to eat on the subway on my way to dinner: cinnamon raisin bread. 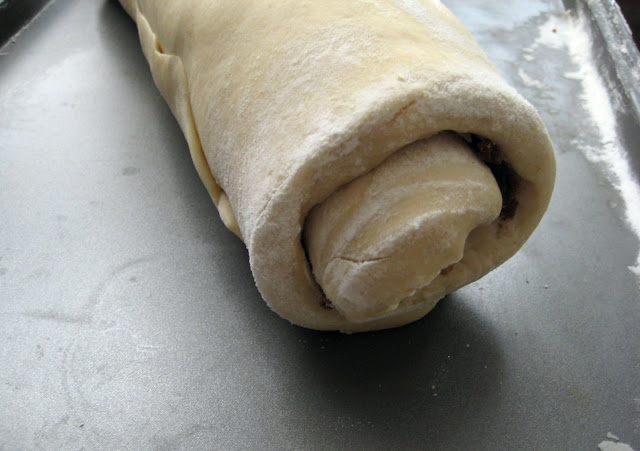 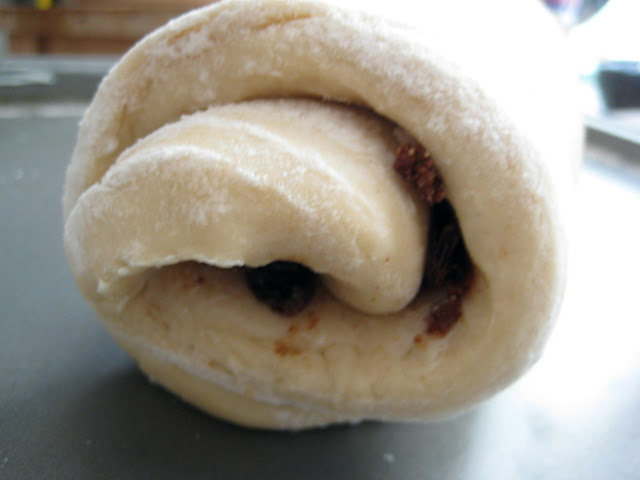 There was only one problem: I've never made bread before, and have always been slightly terrified of baking with yeast. Had this experiment gone badly, it would have gone really badly, because i would have had nothing to eat when the clock struck sundown. Lucky for me, this recipe couldn't have been easier, and my bread turned out great! It's even better the second day, and I can't wait to try it in some french toast this weekend. I see many more loaves of homemade bread in my future....


Raisin Swirl Bread
Recipe from Dorie Greenspan's Baking, From My Home to Yours

**NOTES: I used the vanilla and nutmeg, and did not use the orange zest or the cocoa. Next time, I think I'd use even more of the cinnamon/sugar mix, and maybe even add a little cinnamon to the batter. For milk, I used a combination of skim and half and half, because that was what I had on hand, and it worked just fine.

To make the bread: Put the yeast in a small bowl, toss in the pinch of sugar, and stir in 1/4 cup of the warm milk. Let rest for 3 minutes, then stir--the yeast may not have dissolved completely and it may not have bubbled, but it should be soft. Working with a stand mixer, preferably fitted with a paddle attachment, combine the remaining 1 cup milk, the butter and the remaining 1/4 cup sugar and mix on low speed for a minute or two. Add the salt, egg and vanilla, if you are using it, as well as the zest and the nutmeg, if you're using them, and mix for a minute. In all likelihood, the mixture will look unpleasantly curdly (it will look even worse when you add the yeast). Add the yeast mixture and beat on medium-low speed for 1 minute more. Turn the mixer off and add 2 3/4 cups of the flour. Mix on low speed just until you work the flour into the liquids--you'll have a sticky mix. If you've got a dough hook, switch to it now. Add another 1 cup flour, increase the mixer speed to medium, and beat the dough or a couple of minutes. IF the dough does not come together and almost clean the sides of the bowl, add up to 1/4 cup more flour, 1 tablespoon at a time. Keep the mixer speed at a medium and knead the dough for about 3 minutes, or until it is smooth and has a lovely buttery sheen. The dough will be very soft, much too soft to knead by hand. Butter a large bowl, turn the dough into the bowl and cover the bowl tightly with plastic wrap. Put the bowl in a warm place and let the dough rise until it is doubled in size, about 1 1/2 hours. Scrape the dough onto a large piece of plastic wrap, wrap it and put it in the freezer for 30 minutes to firm enough to be rolled easily. (At this point, you can instead refrigerate the dough overnight if that is more convenient.)

To make the swirl and shape the loaf: Butter a 9-x-5 inch loaf pan. Whisk together the sugar,cinnamon and cocoa, if you're using it. Check that the raisins are nice and moist; if they're not, steam them for a minute, then dry them well. Put the dough on a large work surface lightly dusted with flour, lightly dust the top of the dough and roll the dough into a rectangle about 12 x 18 inches. Gently smear 2 tablespoons of the butter over the surface of the dough--this is most easily done with your fingers. Sprinkle over the sugar mixture and scatter over the raisins. Starting from a short side of the dough, roll the dough up jelly-roll fashion, making sure to roll the dough snugly. Fit the dough into the buttered pan, seam side down, and tuck the ends under the loaf. Cover the pan loosely with wax paper and set in a warm place; let the dough rise until it comes just a little above the edge of the pan, about 45 minutes.

Getting Ready to Bake: When the dough has almost fully risen, center a rack in the oven and preheat the oven to 375 degrees F. Line a baking sheet with parchment or a silicone mat. Melt the remaining tablespoon of butte and brush the top of the loaf with the butter. Put the pan on the baking sheet and bake the bread for about 20 minutes. Cover loosely with a foil tent and bake for another 25 minutes or so, until the bread is golden and sounds hollow when the bottom of the pan is tapped. Transfer the pan to a rack and cool for 5 minutes, then unmold. Invert the bread and cool to room temperature right up on the rack.
Posted by Rachel at 4:51 PM

Great job on your first bread! It looks like it turned out perfect! Raisin bread is one of my faves

Oh, would loved being on your floor when that was baking. YummO. Looks great! Not so scary after all?
AmyRuth

Mmmm, I couldn't think of a more perfect recipe for breaking the fast! Shana tova! Your bread is so beautiful, a year full of successful bread-baking surely awaits you!

i have a raisin bread recipe i already love; i will be interested in comparing it to dorie's recipe when we finally make it for TWD....