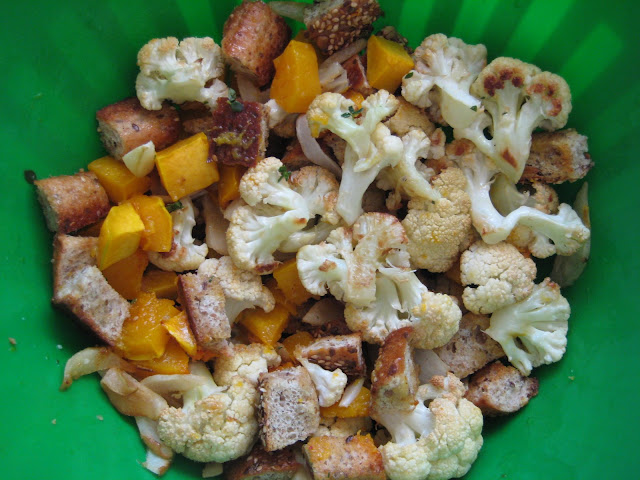 Last week, Boyfriend and I went to dinner at Da Silvano. As usual, I had an awful time figuring out what I wanted to order. You see, I suffer from a common yet debilitating condition known as menu paralysis. Here are the symptoms of a typical attack: 1) I peruse the menu for several minutes, systematically narrowing my potential order down to a few different options 2) Unable to make a final decision, I quiz everyone else at the table on what they are ordering, and what they think I should eat. Arugula and pear salad with seared scallops or tuna burger? Butternut squash soup or fettuccine? 3) The waiter comes. Paralyzed, I let everyone else go first 4) My turn. I panic, and blindly select something from the menu. Nine times out of ten, my choice is something I hadn't even considered before it came out of my mouth. 5) I regret my order immediately, suddenly sure that the only thing I want is whatever I did not select. Sometimes, the attack is mild, and disappears as soon as my food arrives at the table. Other times, it is more serious and even as I'm enjoying my sauteed salmon, I'm wishing that it was spaghetti carbonara. On this particular evening, I was debating between grilled shrimp, and pazanella. "I just don't want to make the wrong decision," I explained to Boyfriend. "Well there really is no wrong decision when you're deciding what to eat," explained Boyfriend patiently, "because you always get a do-over at your next meal. If you're wishing you had picked something different, you can always have it then." Satisfied, I went with the grilled shrimp. 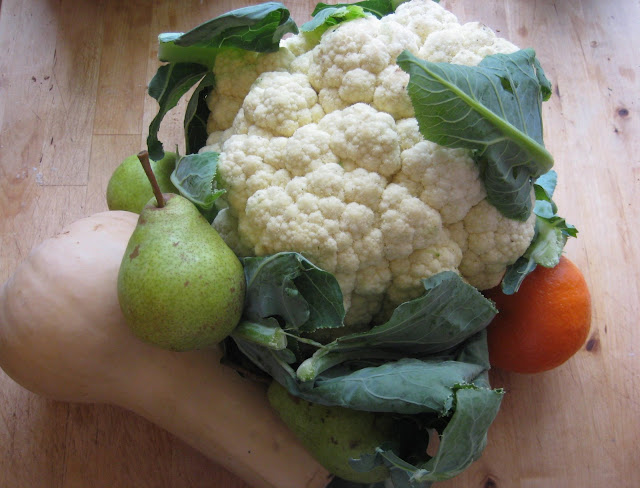 Big mistake. It wasn't that the shrimp wasn't good, because it was. It was just that from the second it landed in front of me, all I could think about was the panzanella. So imagine my delight and surprise when I opened the Dining section of the New York Times the next morning to find a recipe for the very thing I was craving. I could have my panzanella do-over right away! Little did I know, I would soon need a do-over from my do-over. You see, this was not an ordinary panzanella. It was an autumn themed dish, with butternut squash, pear, and....sun dried tomato? The combination of fruit and sun dried tomatoes sounded strange to me, but I was blinded by my panzanella craving and decided to proceed with the recipe. Besides, who was I to argue with the palate of the Dining Section? 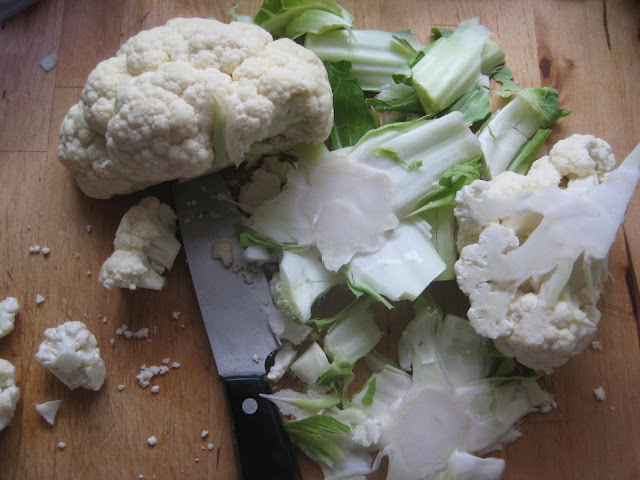 Well, apparently someone smart enough to know that oil packed tomatoes and fall fruits do not go together. While it wasn't awful, it really wasn't great, either. In defense of the recipe, I did make some changes that may have added to the discord in flavor (I skipped the capers and substituted apple for pear). Regardless, this languished in my refrigerator for a few days until I threw it out. But I couldn't help feeling that it deserved another try, so I decided on yet another do-over. This time, I omitted the sun dried tomatoes, roasted the ingredients instead of blanching them, made a quick dressing, and changed up the herbs and spices.

The result? I finally got exactly what I wanted. It only took me a week and three tries.

Preheat oven to 400. Toss the butternut squash, cauliflower, pears and onions with 3 Tbsp olive oil. Sprinkle with salt and pepper. Arrange on parchment lined baking sheets and roast for about 40 minutes, until the squash is soft and the cauliflower is beginning to brown (note: the onions and pears may cook quicker than the squash and cauliflower, so I suggest cooking them on a separate baking sheet). Toss the breadcrumbs with 1 Tbsp olive oil, and a pinch each of cumin and cinnamon. Arrange on a baking sheet and toast for 10 minutes, or until golden. Set components aside. Meanwhile, make dressing. Combine vinegar, orange juice, brown sugar, and thyme in a small bowl. Slowly whisk in remaining 2 Tbsp olive oil. When ingredients have cooled slightly, place in a large bowl and toss with the dressing. Serve warm.

I missed the chance to make panzanella this summer - it's nice to know I still have a chance...

Your story of menu paralysis had me laughing! I know exactly what you mean. This looks like a delicious salad. I'm thinking of making some variation on the theme in the next week or so.